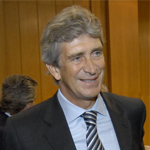 Posted by: jsharpe on September 4, 2015 in InstallerLEAGUE, Who's the boss Leave a comment

It’s fair to say it’s been a pretty unpredictable start to the season. Palace, Leicester and Swansea are in the top four, while Chelsea and Spurs are languishing in the bottom half.

It’s also been frustrating for some InstallerLEAUGE managers, as last season’s point-machines like Harry Kane, Rooney and Terry are all struggling with form.

Anyone who put their faith in players like Swansea’s new signing Andre Ayew, Bournemouth striker Callum Wilson or Leicester’s Riyad Mahrez however, is laughing all the way to the bank.

One such man is our Manager of the Month Neil C. His Bendtner Over team finished September on an impressive 212 points. Here’s how he did it: