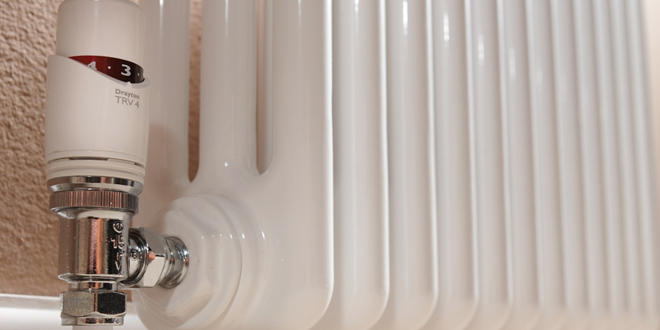 Posted by: jsharpe on June 14, 2017 in Articles, Commentary Leave a comment

Drayton, part of Schneider Electric, has been designing and manufacturing the iconic TRV4 for 25 years.

Originally created in 1992, the TRV4 spearheads Drayton’s collection and is widely recognised as a ‘TRV for life’, with over 16 million sold to date. The product has been continuously developed over the last 25 years, achieving an A-rating by TELL in 2012, and a white variant launched in 2013.

But what are the hidden features that you may not be aware of that make Drayton TRV4 an installer favourite?

A balanced heating system saves money and ensures all rooms reach the required comfort levels, but re-balancing an out of sync system can be a time-consuming task for installers. Another problem that can occur when a radiator is removed is that the flow rate can be accidentally changed causing an imbalance in the system.

Thanks to Drayton’s specially designed balancing key, the flow rate of the TRV4 can be locked, meaning that radiators remain balanced, not only saving time for installers but providing reliable, evenly distributed and regulated heat for homeowners.

The process is quick, simple and needs to be completed only once, preventing further heating issues, even if radiators are moved for redecorating.

A common problem with TRVs is the sticking that can occur when a TRV is not used for a long period of time – the summer months being a prime example.

When not in use, a TRV will remain closed, putting pressure on the internal components. In hard water areas, this can allow calcium to build up on the inner components, sticking the valve seat closed and preventing the TRV from opening.

With a Drayton TRV4, this is not an issue. Each and every TRV the company manufactures features unique non-stick plastic internals as standard to prevent sticking, and ensure that when the colder weather hits, TRVs will always open. The plastic internals also mean that whether it is installed in hard or soft water areas, it will always open as calcium is unable to build-up.

Another common issue with TRVs is that once there is a fault with one of the inner components, the device will often need to be replaced with an entirely new unit.

Drayton TRVs are different in that they boast easily replaceable inner components, to ensure it is a TRV for life. This allows individual parts like upper gland seals to be replaced, saving the cost of a new TRV while maintaining the overall condition of the product.

Specific components like the upper gland seal can be replaced even when under system pressure, making installation even simpler.

With traditional TRVs, the level of heating is usually denoted incrementally from 1-5 on the TRV head. Most homeowners won’t realise that each number relates to a temperature rather than the level of heat that is being distributed, meaning that heating is unrestricted and often not as efficient as it could be. This can also mean that radiators may accidentally overheat or underheat a room

For example, restricting the top temperature available in a bedroom or similarly limiting the temperature within children’s or elderly relative’s rooms. Each Drayton TRV includes one temperature limiting pin as standard with additional pins available at a nominal cost.

To celebrate 25 years of the TRV4, Drayton are giving away 1000 Gland Seal Kits which include Drayton’s unique balancing key. To get your free kit, simply register at http://www.draytoncontrols.co.uk/TRV4kit.