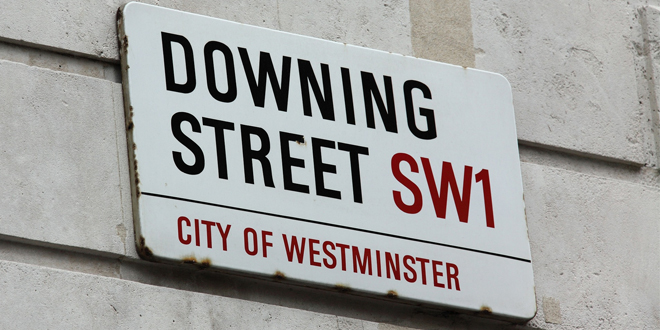 Posted by: jsharpe on June 30, 2017 in Industry News Leave a comment

As Chief Executive of the NAPIT Group, a national organisation whose members are heavily affected by the future direction of the UK, the snap General Election result will have a major impact on the industries that we represent and there are still many questions that need to be answered.

Once again, the voters have gone to the polls to decide the future direction of the Country, however the result this time has brought about many more questions than answers. Theresa May, who originally called the snap election, has suffered a major setback in her hopes of establishing a stronger parliamentary majority at the hands of a resurgence in Labour support. Through the support of the DUP, the Conservatives will lead as a minority Government moving forward. Indeed, despite the lack of a clear winner in the election, NAPIT’s views on the key issues surrounding the industries we represent haven’t changed. In this blog post, I will be reaffirming our thoughts on these issues and discussing what direction we would like to see for the UK.

Over the past weeks and months, businesses across the UK had been voicing their hopes and concerns over Brexit and the General Election. At NAPIT, we have been very clear about the kind of Britain we would like to see and what changes we believe would be beneficial for our members and the industry sectors we represent.

First and foremost, the Conservative Government needs to reaffirm its manifesto commitments and demonstrate that it is willing to fight to build a strong and dynamic economy which allows the UK to flourish. Certainly, the upcoming negotiations over Brexit will play a massive role in being able to achieve this aim. I am hopeful that a good deal can be secured which benefits the whole of the UK. In the remainder of this blog post, I will discuss three key areas which the Conservatives must address to ensure that the industry sectors which NAPIT represents are not left behind.

To begin with, the health of the UK’s property market is vital for NAPIT and its membership. Through new houses comes new work opportunities for our individually competent members, whether that be in electrical work, heating, plumbing, the installation of microgeneration technologies or energy efficiency measures. For this reason, the Conservatives need to address the current housing shortage as a major priority moving forward.

In their election manifesto, it was promised that they would meet their 2015 commitment of delivering a million homes by the end of 2020 and half a million more by the end of 2022. NAPIT hopes that this pledge is realised as demand is far outweighing supply with the current rate of construction. It is worth mentioning that the Federation of Master Builder’s (FMB) election manifesto, which was released around a month before the election, stated that roughly 250,000 homes will need to be built per year across the UK if we are to meet current demand.

In addition to this, we ask that the Conservative Government continues to build on the recommendations of the 2017 Housing White Paper and looks for ways of working with the construction industry and increasing housebuilding through SME builders. At the same time, it is imperative that the construction industry is staffed by a skilled and dynamic workforce which can meet the demands placed upon it. For this reason, we ask that the Conservatives to investigate ways of achieving this, whether this be through improving apprenticeships or bringing skilled workers into the UK.

On the topic of housing, an area that NAPIT has consistently campaigned for has been electrical safety, especially within the Private Rented Sector. The Housing and Planning Act 2016, which included a clause allowing for the introduction of mandatory electrical safety checks through secondary legislation, represented a big step in the right direction. Nevertheless, if the Conservatives fail to act upon this clause, then we fear that the issue could be swept under the carpet.

Progress was made towards the end of last year through a Renters’ Rights Bill, which seeks to act upon the clause of the Housing and Planning Act by demanding that mandatory electrical checks must be taken at least every five years in England through Electrical Installation Condition Reports (EICRs). The Bill has yet to be passed through the House of Lords, however no further updates have been made on its progress since last November. Electrical safety is still a major issue across the UK and more still needs to be done to protect people by whatever means necessary. Although this issue was not raised in their manifesto, NAPIT asks that the Conservatives progress with the Renters’ Rights Bill and look at other ways of improving electrical safety across the UK.

Finally, NAPIT requests that the Conservatives take a serious and effective approach on energy efficiency in the UK. Of the three key points discussed in this blog, this issue is perhaps the one which has the potential to be most affected by Brexit. A large proportion of NAPIT’s membership base is involved in areas influenced by energy efficiency measures, be that in heat pump installations, solar photovoltaics, biomass systems, central heating systems, building fabric and more.

Energy efficiency is also central to achieving the UK’s 2030 fuel poverty and 2050 carbon reduction targets – which in turn will vastly increase the standard of living for people across the UK and potentially improve business productivity in the long-run. Crucially, the Conservative Manifesto pledged to upgrade all fuel poor homes to EPC Band C by 2030, which certainly demonstrates a shift in the right direction. Frameworks, such as the Energy Companies Obligation (ECO) and Feed-in-Tariffs (FIT) scheme, have also been adjusted consistently since the Conservatives gained power in 2010 and we hope that positive decisions are taken so that these frameworks can support households across the UK and contribute to our climate targets. It is safe to say that the Conservatives need to take the issue of climate change and energy efficiency very seriously moving forward, despite the challenges that Brexit will most likely bring.

NAPIT is confident that the issues highlighted throughout this blog can be addressed, so long as the Conservatives pursue their manifesto pledges. There is no denying that the General Election has brought about even more uncertainty, particularly when it comes to issues like Brexit. Despite this, we will continue to fight for our membership and ensure that our voices are heard. In fact, the voice of industry, in general, will need to be stronger than ever; we have a legitimate chance of forging positive change for the future. I am looking forward to this challenge. NAPIT will continue to listen to our membership for matters that concern them in their work and we will continue to inform our members of changes and impacts that are relevant to them and successes achieved by our collaboration.