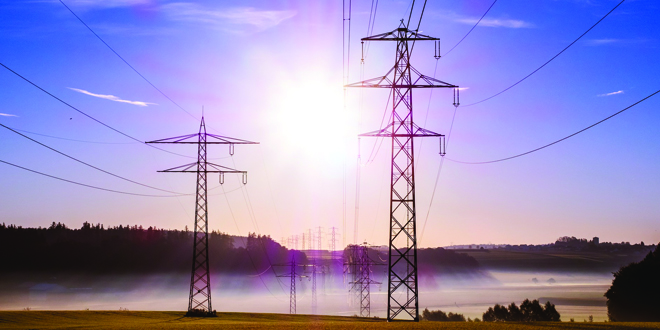 Posted by: jsharpe on July 12, 2017 in Industry News Leave a comment

The public are subsidising £7.5bn in unjustified profits made by the businesses responsible for the UK’s gas and electricity networks over an 8 year period, new research from Citizens Advice has revealed.

The national charity has published new research which estimates that key decisions made by the energy regulator Ofgem are allowing energy network companies to make billions in returns on their capital investments, without reflecting how efficient they have been.

Consumers pay for energy networks through gas and electricity bills and Ofgem is responsible for restricting the amount of money they get from consumers. It does this partly by making forecasts that limit how much they make over an 8 year period.

Energy networks are regulated monopolies – meaning it is not practical for there to be competition between them to drive down the amount consumers pay. Ofgem forecasts the costs for building and maintaining energy networks – including the cost of staff, materials, and the cost of capital used to finance investment – as well as estimating the level of business risk for investors. Energy network companies’ profits are taken from the difference between their actual costs and the amount that Ofgem allows for these costs.

Ofgem forecasts that network companies will currently earn an average of 10% return for their investors, which is an average 19% profit margin. This is compared to the 4% profit margin earned by the largest energy suppliers.

The regulator has itself said only the best performing energy network operators should be able to make double-digit returns.

In its new report, Citizens Advice finds three key decisions by Ofgem that are costing consumers money by being favourable to energy network companies’ interests over the current 8 year period – called a “price control”:

Citizens Advice is now calling for energy network companies to return this £7.5bn to consumers. Ofgem could work with the networks and suppliers to make sure the rebate is passed onto consumers through lower energy bills.

This would be similar to action taken by the water regulator Ofwat in 2013. Ofwat worked with water companies to return £435m of excess profits to consumers, out of a windfall of around £1.2bn over the course of their price control.

“Energy network firms are enjoying a multi-billion pound windfall at the expense of consumers.

“Decisions made by Ofgem have allowed gas and electricity network companies to make sky-high profits that we’ve found are not justified by their performance.

“Through their energy bills, it is consumers who have to pay the £7.5bn price for the regulator’s errors of judgment. We think it is right that energy network companies return this money to consumers through a rebate.

“If energy network companies fail to return these unjustified profits to the consumers that paid for them then the government should consider stepping in.”

In addition to asking for a rebate for consumers, Citizens Advice is calling for Ofgem to learn lessons and reduce costs for customers when designing the next price controls for energy networks.

Coincidentally, Ofgem has announced that it has made the first steps towards setting tougher price controls from 2021 for the companies that run Britain’s energy networks.

The energy regulator is signalling today that companies need to prepare themselves for a tougher round of price controls from 2021. This is in line with other utility regulators, as there is clear evidence pointing towards the cost of investment required for networks (cost of capital) being significantly lower.

Jonathan Brearley, Senior Partner, Networks, said: “Ofgem is working to ensure that customers pay no more than they need to for energy networks while still benefiting from improvements in reliability and service. That is why in launching the new round of price controls, we are looking at what lessons we can learn to improve further the RIIO framework for consumers.

“Our stable regulatory regime appeals to investors. We believe current market evidence suggests that they may be willing to accept lower returns for regulated assets. Setting tougher controls will ensure that Britain’s energy networks deliver even better value for customers.”

Ofgem claims it is continually driving further savings and has so far secured an additional saving of over £4.5 billion for consumers by a combination of reduced revenues or voluntary contributions from companies. Ofgem is continuing to engage with network companies to drive further savings.