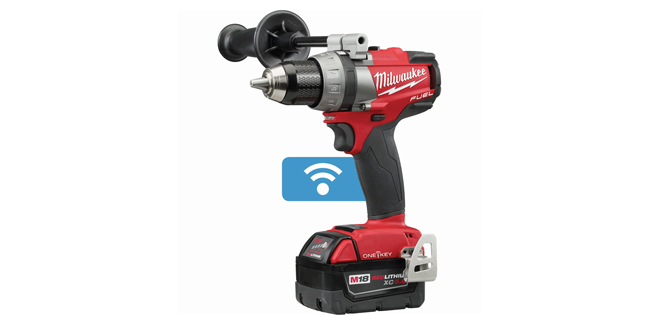 Posted by: jsharpe on August 21, 2017 in Industry News Leave a comment

Wolseley’s Plumb Center has donated a replacement toolbox full of essential plumbing products to a young professional after he fell victim to van theft.

The merchant has also pledged to continue to help out victims across the UK, as and when these incidents are reported.

The Plymouth-based plumber lost up to £1,700 worth of tools and was almost forced to stop working after thieves raided his van last month.

Wolseley branch staff spotted his story in a local newspaper and rallied round to source replacement tools from various suppliers including John Guest, Rothenberger and Milwaukee. The plumber was gifted the tools at his local Plymouth Plumb Center by branch manager Keith Whitley.

He said: “I’ve had friends let me borrow tools but it’s not the same. I’m trying to get back on my feet and buy the tools back, but I don’t want to buy the cheapest – I need decent tools. I’m grateful to Wolseley for the kind donation and think it’s important that industry leaders continue to raise awareness of this issue.”

Van theft is becoming an increasing problem for the trade, with recent statistics* claiming it happens every 23 minutes in the UK. What’s more, the research showed 22,749 tool thefts from vehicles happened in the last 12 months.

Keith Whitley, Branch Manager at Wolseley’s Plymouth’s Plymstock branch said: “This guy is a good customer of ours and it was infuriating to hear that he’d been victim to this selfish crime. When someone decides to take tools from a tradesperson, they’re taking more than their property, they are also jeopardising their livelihood. I think it’s vital that companies like Wolseley continue to support tradespeople with this issue and ultimately help put an end to it.”

In response to rising tool theft, Wolseley is stocking higher volumes of security products such as the Nest outdoor security camera, the Milwaukee One-Key power tools range and the Kasp shackle-less van lock. It also recommends installers consider additional security measures such as personalised goods to prevent resale and parking in well-lit locations.

Keith added: “As autumn approaches and the days shorten, van theft incidents typically rise. Opportunistic thieves will take advantage of vehicles with minimal protection and those that aren’t labelled as having no tools left overnight within them.”