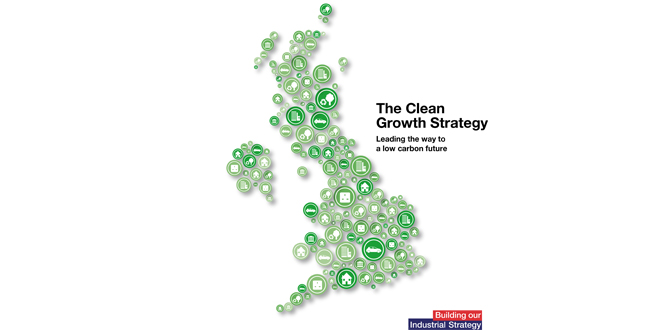 Posted by: jsharpe on October 16, 2017 in Industry News Leave a comment

Worcester, Bosch Group has given a ‘cautious welcome’ to the government’s new Clean Growth Plan.

Urging Ministers to quickly ‘flesh out the details’, Neil Schofield, Head of Government Affairs at Worcester, Bosch Group commented: “The Clean Growth Plan is a welcome contribution to the debate about the UK’s energy future, but too much of the proposal is electricity focused and there is a real lack of clarity in certain areas. The heating industry needs to treat this with a certain amount of caution until we know more and the government has fleshed out the details.”

Mr Schofield says that proposals for decarbonisation of the gas grid are a positive. “All options, including hydrogen, are still on the table which is good news. The government is also committing to further feasibility studies and research, which mirrors a lot of the work already being undertaken by ourselves at Worcester, Bosch Group and others in the heating industry into developing hydrogen-powered boilers.”

The Clean Growth Strategy, which has been billed by the government as an ambitious blueprint for Britain’s low carbon future, details a host of new initiatives from carbon capture, through to innovation funding and low carbon heat, spanning both industrial applications and domestic homes. Specifically, the strategy proposes that all homes will be Band C by 2035, and also references other policy changes such as Heat in Buildings. This suggest further changes to the building regulations, including that Combination boilers should not only have a minimum efficiency of 92% ErP, but also be installed alongside a time and temperature control, as well as one of four additional measures: a Flue Gas Heat recovery system, Weather compensation, Load compensation, or Automation and Optimisation controls.

However, Mr Schofield also expressed some scepticism. “Although there are no specifics and the strategy refers to ‘off-grid fossil fuels’, my interpretation is that this is the beginning of a move to phase out oil heating. This needs very careful handling, because oil is a significantly cheaper option compared to electricity and off-grid homes could be faced with a very significant rise in their energy bills. With off mains gas properties generally being difficult to heat, we may even find ourselves using more carbon – since a poorly performing heat pump run from fossil fuelled electricity is unquestionably worse than a high efficiency oil-fired boiler.”

The commitment to the Energy Company Obligation and the Renewable Heat Incentive were also cautiously welcomed. “We’ve been here before with both of these schemes, which are good ideas in theory but need long-term commitment and real political will to see them through. The heating supply chain, from manufacturers through to installers, is going to need a lot of reassurance over how these schemes are going to be implemented and also that the government is in it for the long haul.”