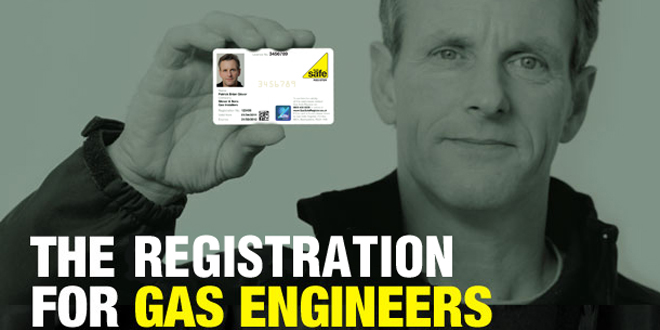 Posted by: mmcgettigan@installermagazine.co.uk on February 28, 2018 in Industry News Leave a comment

Two thirds of illegal gas work carried out in homes is found to be unsafe, investigations data reveals.

Data from Gas Safe Register’s Investigation’s Team has revealed the top 10 cities in the UK at risk of living with dangerous gas appliances from illegal gas work. The data highlights that central London tops the list with three quarters (75%) of illegal gas work was found to be unsafe. Supporting this, The London Fire Brigade’s latest figures highlighted that in 2017 firefighters were called out 569 times for carbon monoxide related incidents.

With this in mind, Gas Safe Register – with support from the Health and Safety Executive (HSE) and charity Project SHOUT – is highlighting the dangers of using illegal gas fitters, as having unsafe gas appliances can result in carbon monoxide (CO) poisoning, gas leaks, fires and explosions.

Gas Safe Register’s research found that within the last five years, two thirds (66%) of gas work carried out by illegal gas fitters across the UK was found to be unsafe. However, in the last year, this figure has increased to almost seven in every 10 appliances investigated (69% since April 2017).

Jonathan Samuel, chief executive of Gas Safe Register, said: “The findings from our investigations shows how dangerous illegal gas work can be. Don’t cut corners and always check you are using a Gas Safe registered engineer so you’re safe in the knowledge that they are legally qualified to work in your home. To check your engineer is on the Gas Safe Register, visit GasSafeRegister.co.uk, and always ask to see their Gas Safe ID card when they arrive on your doorstep.”

During 2017, the Health and Safety Executive (HSE), the national independent watchdog responsible for the prosecutions of unregistered gas engineers, has issued more than £800,000 in fines and prosecutions have resulted in a combined 5 years of jail time.

Zoe Hadley, Campaign Director at Project SHOUT (a national campaign raising awareness of the dangers of carbon monoxide poisoning), said: “Research shows that over 16 million households in the UK could be at risk from the effects of carbon monoxide poisoning. We are reminding everyone of the importance of making sure your gas appliances are checked by a Gas Safe registered engineer so they have peace of mind that their appliances are working safely. It is important to be aware of the dangers of using an illegal gas fitter and the dangers it can pose on your family.”