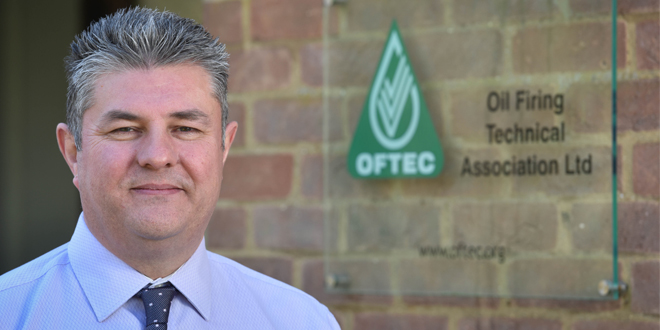 OFTEC has written to the Committee on Climate Change (CCC) expressing major disappointment that, despite clear evidence showing heat pumps are not providing a viable route to decarbonising heat from off-grid homes, the Government’s advisory body has still endorsed this approach in its latest report.

The recently published ‘Reducing UK emissions: 2018 Progress Report to Parliament’ states that ‘cost-effective and low-regret opportunities exist for heat pumps to be installed in homes and businesses that are off the gas grid’, even though the report later admits that ‘the domestic heat pump market remains stagnant, accounting for under 1% of annual heating’.

OFTEC’s letter sets out the now widely accepted reasons for the low take up of heat pumps across the off-grid sector, including the inherent poor energy efficiency of the large majority of rural housing stock, the high upfront installation costs of heat pumps, and the impracticality of installing these systems in a retrofit and often ‘distress purchase’ situation. These concerns have been further substantiated in reports over the last few months from the Public Accounts Committee and National Audit Office into the failings of the Renewable Heat Incentive (RHI) scheme.

OFTEC met with the CCC in March to underline the significant challenges associated with installing heat pumps in the off-grid sector. Also, to outline industry’s work currently underway to develop a low carbon liquid fuel to replace kerosene as an alternative, more affordable and practical solution. However, the CCC does not appear to have taken these widely upheld concerns and OFTEC’s progressive work into account in its new report.

OFTEC CEO Paul Rose explains: “Disappointment and disbelief would probably sum up OFTEC’s reaction to the recommendations laid out in this latest CCC report. Heat pump sales continue to flounder for very real reasons, which we have emphasised time and time again to government, the CCC and other policy advisers, yet these technologies are still being pushed as one of the main answers to decarbonising heat for the off-grid sector.

“Heat pumps in certain circumstances such as highly insulated new build properties, can work well, but in the off-grid sector these opportunities are few and far between. Drawing on over 25 years’ knowledge and experience of the rural heating market, we firmly believe the best solution for these homes is to migrate to a reduced carbon liquid fuel. But to make this a reality, industry needs to know government is behind us.”

The CCC report claims that displacing oil heating in homes with a drop-in biofuel would not align with its advice on best use of scarce bioenergy resources, as set out in its 2011 Bioenergy Review. However, OFTEC says this position does not account for the recent significant advancements in sustainable biofuel development which, through economies of scale, the off-grid heating sector can exploit.

Paul Rose continues: “Major progress has been achieved in the development of new, low carbon liquid fuels for road transport and aviation, including work by a number of household names such as BA, Virgin, Airbus and Boeing, who are actively developing sustainable ‘drop-in’ fuels. This work is likely to yield a number of options which could be successfully used for heating.

“An even quicker solution could be provided by revisiting the development of a FAME based sustainable fuel called B30K which OFTEC extensively and successfully tested in 2011. There is strong potential to introduce B30K as a commercial product which, over time, would see the renewable element increase from 30% to 100%.”

“All these developments point to a future where reduced carbon liquid fuels become the new normal. Government and industry’s efforts should now be aligned and focused on developing these solutions which have the potential to deliver tangible, sustainable results towards the UK’s carbon reduction targets.”

OFTEC urges industry to clamp down on fraudulently using logos

The Heat Pump Association launches “Delivering Net Zero: A Roadmap for the Role of Heat Pumps”

Heating engineers have their say about the future of the industry