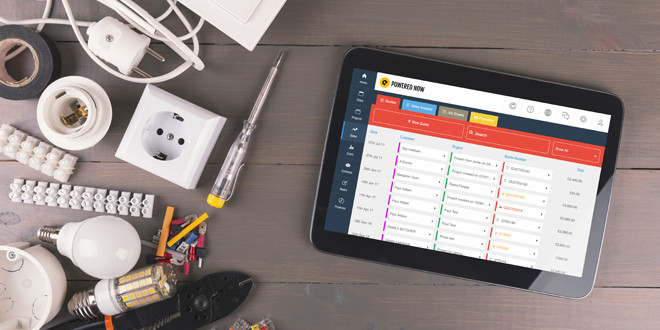 Posted by: jsharpe on October 29, 2018 in Articles, Vehicles Leave a comment

Recent years have seen a major rise in theft from vans owned by installers and other trades people. For those that have been hit, the result is major disruption and cost. Benjamin Dyer of Powered Now looks at 5 tips for reducing the chances and impact of this potentially painful problem.

My road leads to some housing further up the hill, but it doesn’t have any through traffic. In the past few years, two trade vans parked in the road have been broken into and had their tools stolen.

In fact, one estimate says that one van gets broken into every 23 minutes. The experience in my area suggests that this might be true.

If it happens to you, you may have tools, materials or valuables stolen. The van may be stolen or expensive parts be stripped from it. And impact goes way beyond the actual loss. The time taken to sort out the damage and fill in insurance claims comes straight off billable hours. Then there’s loss of earnings coming from potentially letting clients down and waiting for new tools and van repairs. It can all be a nightmare.

This is why van security is something well worth considering.

Thieves have been known to both steal and buy skeleton keys and obviously they can get in easily if doors are unlocked.  They can also cut round locks, smash windows, and use the method of getting into vans known as “peel and steal”. This involves them pressing their body on the van and then lifting open the top of the side door.

Thieves are opportunists and don’t want to get caught. I have had my property broken into twice in my life. Since I started taking more precautions it has never happened again. So, the rest of this article is about making thieves think there are limited pickings in your van. And even if not, the pickings will be hard to get at and make them feel uncomfortable even trying it on.

Tip 2: Put them off in the first place

When crooks can see things like tools that are valuable and easy to move on, they are much more likely to pounce. The simple ways to prevent this happening are:

Tip 3: Do the simple and cheap things as a priority

Just because something is both cheap and simple shouldn’t be a reason for not doing it. Sometimes simple is best. Some of the cheapest ways that prevents or cuts back the chances of your van being stolen or broken into are the following:

All thieves hate honest work which is exactly why they are thieves. So, make sure that using these simple solutions it will mean harder work for the thieves.

On top of the ideas we have already considered there are a lot more ways that you can defend your van. Using these will greatly reduce the chances of a problem, but it does take discipline. Here are my further suggestions:

According to figures from the insurance industry the average claim relating to theft from light commercial vehicles is nearly two thousand pounds. Make sure you have arranged comprehensive insurance and that you keep the invoices for your most expensive items.

The solution to the rise in van crime lies partly in the hands of the industry. If we can make things much harder for the thieves, the less they will be bothered to have a go. Hopefully some of the ideas here can be part of the fight back against this huge irritation.

Benjamin Dyer is CEO and co-founder of Powered Now. Powered Now’s mobile app aims to make it easier for installers, electricians, builders and other trades to run their businesses.

Webinar: Top tips for taking on an apprentice

Webinar: How heating and plumbing engineers can save time and money on their paperwork

Win a smart speaker with CORGI Services at InstallerFESTIVAL

Sustainability? It’s the customers you need to convince