37% of tradespeople have found themselves in an unexpected, or funny situation while on a job

Home » 37% of tradespeople have found themselves in an unexpected, or funny situation while on a job 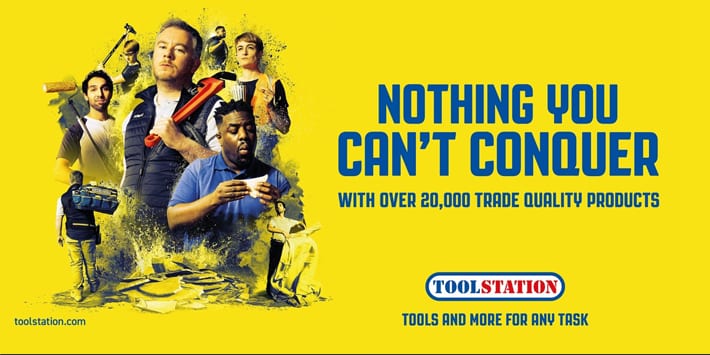 New research from Toolstation customers has found that 37% of tradespeople have found themselves in an unexpected, difficult, challenging, or funny situation while on a job.

When working with the general public, it seems tradespeople are going above and beyond to do the job ‘right’ and have some odd and unexpected encounters along the way. It revealed the top extra requests included a variety of household or unexpected tasks such as: being asked to move furniture (67%); accepting deliveries (53%); moving items to the attic (31%); sweeping and hoovering (21%) and making a cup of tea or coffee (12%).

Toolstation has been on the hunt to find out some of the challenge’s customers face on a daily basis, including the funny situations encountered whilst on a job. Here are some of Toolstation’s favourites:

“I was called out to gain entry to a home as the lady was locked out managed to get a window open so climbed through to be met by a huge snake asleep in the passage by the front door. The lady forgot to mention her snake can roam free… it turned out to be very friendly!”

“I arrived at a large house after a callout, no answer at the door, heard voices to the rear, so walked around the back to find the lady of the house and friend stark naked, on sun loungers… So, I walked back to the gate and shouted, “Anyone there”, 30 seconds later the lady appeared with a kaftan on, her modesty and my embarrassment saved.”

“I sent an apprentice in to run some cables through some ceiling joists and supplied him with an electric drill. Job should have taken no more than 1/2hr. Customer rang and said the apprentice was taking a long time and had been over 2hrs. Went to site and the apprentice had drilled through two out of seven joists. Apprentice had been trying to drill through the joists but with drill in reverse! 15 minutes later, job was complete, apprentice very embarrassed and customer very amused, fortunately.”

“An elderly customer called and was panicking about her noisy boiler she thought was going to explode and she couldn’t turn it off. Arrived on site to find the cause was a faulty electric tin opener rattling the cutlery drawer beneath the boiler. Removed the tin opener batteries and threw it away. Customer happy.”

“I was once sent to a job by my company I used to work for. Sat with the customer for 15 minutes with a nice cup of tea. Lovely conversation, then he asked me what I wanted and what I was doing there, boss had sent me to the wrong address. Nice to meet them though, and great brew”

Greg Richardson, Head of Marketing at Toolstation, said: “Whether it is being asked to take out the bins, or to make a cup of tea, we were surprised at some of the unexpected situations our customers have found themselves in. It just goes to show the trust the nation has in tradespeople and confirms for us that our customers go above and beyond when asked.”