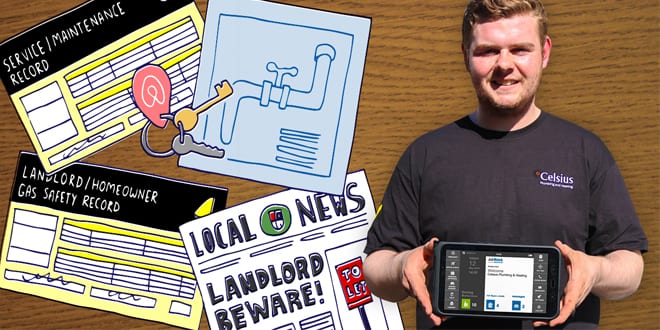 The popularity of short-term letting sites such as Airbnb has led to an explosion in new landlords, renting out their homes to generate a bit of extra income. Yet these amateur landlords often do not comply with the rules and regulations that govern the wider lettings market.
Michael Cairns, BigChange customer and Company Director at Celsius Plumbing and Heating, and founder of safehostbnb.co.uk, takes a look at potential changes:
In a landmark move, the Scottish government recently announced that local councils will have the power to enforce a licensing scheme governing short-term lets from 2021. Many of the rules have been in place since the Civic Government (Scotland) Act was published in 1982 but they have never been enforced previously.
Scotland may be the first country to take a firm stance on short-term lets but it’s likely that the rest of the UK will soon follow.
The issue is particularly pressing in cities such as Edinburgh, home to the Edinburgh Fringe festival, which seen 4.5m tourists flock to the city last year; 9 times the city’s population. In Edinburgh alone, there are 12,000 Airbnb listings, which equates to one listing for every 42 residents in the city. This number has doubled over the past three years.
One outcome of this new legislation is that Airbnb hosts, among others, will be forced to comply with safety standards in order to operate. The aim is to protect guests, ensure that properties are fit for purpose, and to professionalise this burgeoning industry.
However, this presents an administrative nightmare for many hosts. In order to keep letting rooms or properties, they must now ensure their gas and heating is maintained, checked and serviced regularly to be legally compliant.
To reduce the burden, landlords can now use the BigChange platform to connect with experienced tradespeople, such as Registered Gas Safe engineers to service their boiler. All work will be logged on the system, providing a transparent “paper trail” to prove the landlord is fully compliant.
The software will automatically book in an appointment and follow-up appointments, which takes the pressure off the landlord/hosts so they can focus on other tasks. They can do this safe in the knowledge they are legally complying with new licensing laws, which will demand that all certification safety checks are up to date and above board.
It takes a lot of time to manage an Airbnb property or other short-term let and many businesses have been created to help ease the administrative burden. From property maintenance to restocking to cleaning to dealing with booking queries and responses to visitor questions, outsourcing agencies have helped lighten the load.
Given the number of short-term lets in the South of England, it is likely the licensing scheme will be rolled out in the UK in the not-so-distant future. This creates a big opportunity for businesses to jump on board and make life easier for landlords/hosts to be safety compliant.