Back of the net!

The development of a new football ground has been boosted by the addition of a ground-breaking technology that will deliver sizeable energy savings to the club. 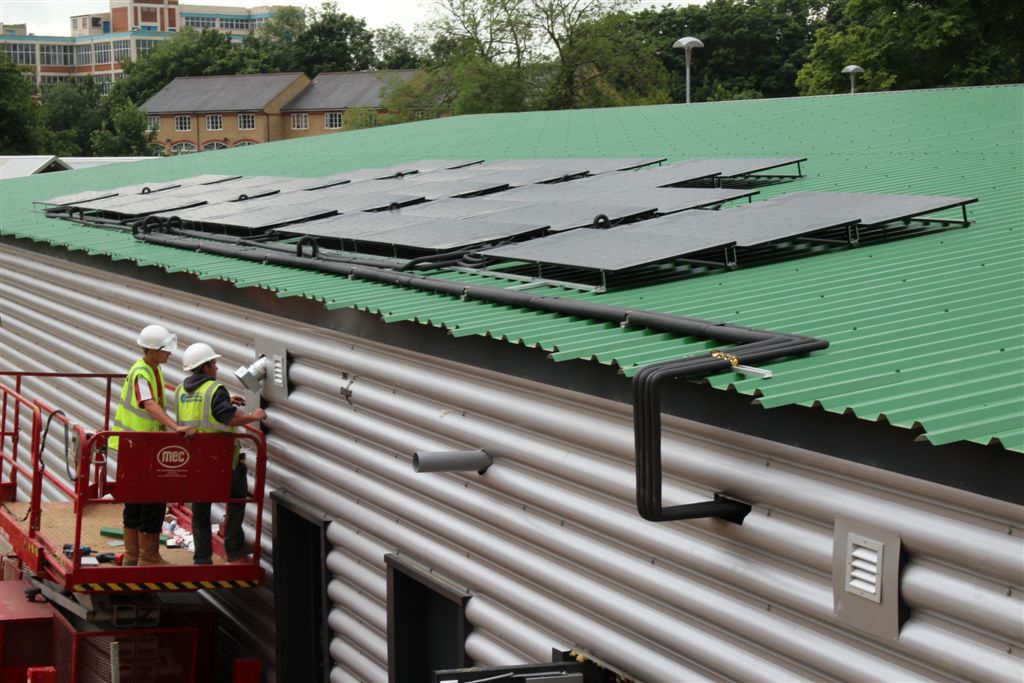 Saturday July 14 was a historic day for Maidstone United. It was the first time in 24 years that the team had played a home fixture at a ground they owned. They now have a stunning new 400-seat Gallagher Stadium, a 3G synthetic turf for the pitch, and a clubhouse located on the outskirts of Maidstone.
Maidstone United’s new home is currently the largest project in the UK where the innovative Thermodynamic Atmospheric Energy Panels have been installed.
Graham is the only national plumbers’ merchant with exclusive rights to the new Thermodynamic system – a unique renewable solution that creates hot water by absorbing heat energy from the atmosphere. Unlike traditional solar thermal systems, it can provide 100% of hot water and heating requirements without boiler backup. It also works at night and in cloudy, cold weather.
Refrigeration  principal
The system employs thermodynamic panels, which look like flat plate solar panels, but instead work on a refrigeration principle. Refrigeration liquid in a closed circuit is heated by the atmosphere as it passes through the panel and then turns into a gas, in a similar way to an air source heat pump.
The gas is then compacted by a compressor to further increase the temperature and then passes through a heat exchanger in a water cylinder, which heats the water. The cooled gas then passes through an expansion valve, which drops the pressure and temperature to a liquid refrigerant again, ready to repeat the cycle when required.
A small amount of electricity is used to run the compressor, but, in peak conditions, the heat created can be the equivalent of up to seven times the energy input in electricity.
For the Maidstone project, an ECO2000 eight panel thermodynamic system for the potable water heating was specified, along with a 2000 litre water tank to provide hot water in the clubhouse for 20 showers, basins and the bar area.

Alongside this kit, a 24-panel system (SB24) was specified to provide under floor heating. The 32 panels in total have been fixed using a proprietary PV mounting system, in an array on the rear east-facing pitch of the clubhouse roof, inclined to allow water to run off the panels.

The optimum position of the panel is to face south and tilted at 45 degrees; however, this is not essential because the panels can still be effective if facing in other directions. The panels can also be façade mounted if roof space is insufficient as they are not dependent on the sun to work efficiently.

They can also be fixed inside the roof providing the  atmospheric temperature exceeds -15°C.

Simon Cruickshank, Director of Stream Bathrooms and Property Maintenance, who installed the system said: “It was very straightforward to install, but it was a big job and took about three weeks. The hot water and under floor heating have been switched on and tested, and it’s excellent. It’s the first time I’ve installed the system and I’m very impressed.

“A major benefit of the system is that it significantly cuts heating bills. With a project of this scale, it’s going to make a huge difference in reducing their annual heating bills.”
Given how new the technology is in the UK, it was a great leap of faith on the part of the client to specify the system.
“Being new-build, the development had to meet low carbon footprint requirements so the client needed to take the renewables route,” said Cruickshank. “It is also a high-profile project, and the client wanted to be seen doing the right thing by pushing the boundaries and spearheading a new technology.”
Clinching benefit
What convinced the client to specify the thermodynamic system was the long-term benefit of low running costs. It was estimated that a 24 panel system (SB24), which provides the under floor heating for the clubhouse, would use a minimum load of 4.2kW of electricity. Based on this figure, and assuming the system is used an average of five hours a day, it is estimated that the system would cost approximately £2.10 a day to run or £766 annually (based on a unit price of £0.10/kW per hour).

When compared to an electrical radiator heating system, the payback period for the thermodynamic system equates to five and a half years at a saving per year of over £3,000.

“The figures produced for the running costs and payback period of the thermodynamic system were very favourable,” commented Terry Casey, co-Chairman of Maidstone United Football Club. “Given the high costs of running and maintaining a football club, we felt it was important to make savings where possible.
“We also wanted to show our intention as a club to help the environment by choosing a renewable heating system. As with any new building, it’s difficult to say how many savings can be made but we’re optimistic.”
Continental beginnings
The technology was originally developed in France and then taken to Portugal over 20 years ago where the system was further refined. Ricky McNeice, Maidstone Branch Manager for Graham, saw the technology for the first time at this year’s Ecobuild. He was so impressed that he immediately set about working with his local customers on projects where he knew they would benefit from the increased savings and carbon reductions that Thermodynamic could deliver.
The system can be used on existing buildings as well as new build and can be specified for any building type. The panels themselves come in one standard size – 2000mm x 800mm – and each panel weighs approximately eight kilos. They are available only in black, and the absorbent coating on the panel maximises the atmospheric energy absorption. If the panels are painted a different colour, they could expect to lose approximately 15% efficiency.
“The thermodynamic system revolutionises how heating and hot water are supplied, and I’m so impressed with it that I’m going to install it retrospectively in my own home,” says Simon Cruickshank. “As with any renewable energy system, it’s absolutely fantastic and I can see it really taking off.”
Wayne Smart, Category Director Heating & Renewables at Graham, concluded: “As in the case of Maidstone FC, we are keen to work with our local customers by bringing new leading technologies to them where they can stand out from the crowd.
“Installers who are keen to introduce a customer to an eco-friendly solution would be well advised to look at Thermodynamic Atmospheric Energy Panels. Put simply, they are a practical and sustainable solution, allowing customers to generate 100% of their hot water and heating requirements, 24/7 and 365 days a year.” 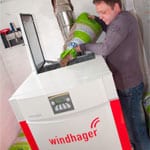 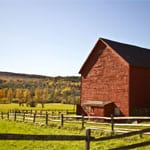