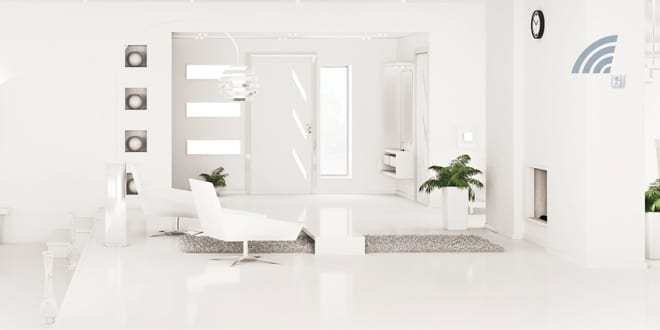 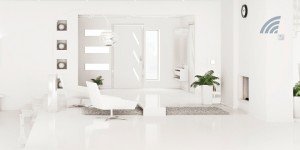 Whether in a new-build or an older home, energy efficiency is achievable – with even traditional heating methods open to accessible adaptations, such as heating control systems. A clear strategy is needed during the design process to ensure that zones are both efficient and, more importantly, compatible to the surrounding environment.
Lighting the way
One way to look at heating control is through comparison to the way we light our homes. If homes or buildings had one light switch to universally control the lighting across the building – essentially to switch the whole system on or off – it would seem extraordinary and contribute to an expensive energy bill. However, this is how the majority of households control heating
in the UK, resulting in people both spending unnecessary money and contributing to high energy usage.
Planning a building or home to have a good heating control system allows each room to have its heating turned on or off at different times – much like the way we switch our lights on and off. This allows heat to be distributed only as and when it is needed, meaning heating patterns can be dictated by the householder’s lifestyle.
The benefits of controlling the heating specific zones mean that the householder can reduce energy usage instantly. To achieve this, heating control systems can be broken down into four steps – zones, time, temperature and interlock – to design an energy efficient, cost-effective home.
Designing zones
When considering which zones to include in the system, lifestyle choices need to be considered. For example, some bedrooms may not need to be heated in the same way when unoccupied as when they are used every day, while retirement may mean that heat is required for longer periods throughout the day but not necessarily in every room around the home.
Areas to be heated in a home are generally broken up into zones, and the temperature and heating duration of each would need to be controlled. However, sometimes there may be instances where there are two areas combined into one (such as an open planned kitchen and dining area), leading to the industry using the term ‘zone’ to describe an area to be heated and controlled by one thermostat.
Some installers and homeowners often try to use one thermostat to control more than one zone – this can be inappropriate as the thermostat can only control the area it’s actually installed in.
Next steps
Deciding when the zones should be heated and setting the desired temperatures are the next steps for the design stage of heating control systems. Providing householders with this controlled system helps bring ease of mind as the user knows exactly which rooms are being heated at specific times and at what temperature, making the design stage crucial in ensuring that the full benefits have been sought.
Heating controls in themselves do not save money. It is only when they are used in a way that changes the traditional ways rooms are heated – all rooms being heated at the same time – that energy costs are significantly reduced. This means the design stage can help reduce these heating times, including strategically planning which rooms fit into which zone.
At what times of the day and to what temperature each zone is heated also needs to be taken into account. Once this is completed, the homeowner will begin to see the rewards of having controlled heating systems.
The interlock stage is the final of the four design stages and is the physical action needed to switch the boiler on and off. Considering these four stages will help the householder understand the key advantages that heating control systems deliver to the home because they can start to see where the benefits will be provided.
Benefits and savings
The benefits of carefully-designed heating control systems are clear on many levels. The energy savings contribute to reduced impact on the environment, while the controlled use of heating helps provide greater cost savings. Heating control systems also increase the response times through the boiler as it is not required to heat up all the radiators at the same time. This can help when using low-temperature sources such as air source heat pump (ASHP) and ground source heat pump (GSHP) technology.
When recommending or installing new systems, there are always misconceptions and installing heating control systems is no different. Many people argue conventional thermostatic radiator valve (TRV) systems can mimic the energy savings that heating control systems deliver.
While TRV systems can indeed be turned up and down, this process has to be manually undertaken and the householder would have to adjust each radiator valve throughout the day to achieve different temperatures at different times. The practicality of changing heating patterns using TRV systems is questionable as conventional TRVs have no means of turning the boiler on or off, meaning the boiler is left running for long periods of time.
Systems such as the JG Aura provide easy-to-install and user-friendly applications that can transform homes into smarter, more advanced buildings and provide the end-user with total control to their heating. Flexible systems bring a range of applications to the householder, such as a range of thermostats that can be set up as either wireless or in groups with central control.
Flexible combinations
The possibilities of control, which is the end goal of systems like these, are growing with the arrival of new systems that have the ability to control underfloor heating, groups of radiators, individual radiators, single-room packs and boilers. Combinations of what can be controlled are available, and it is vital all of these options are understood during the design stage to produce the best outcome for the householder. 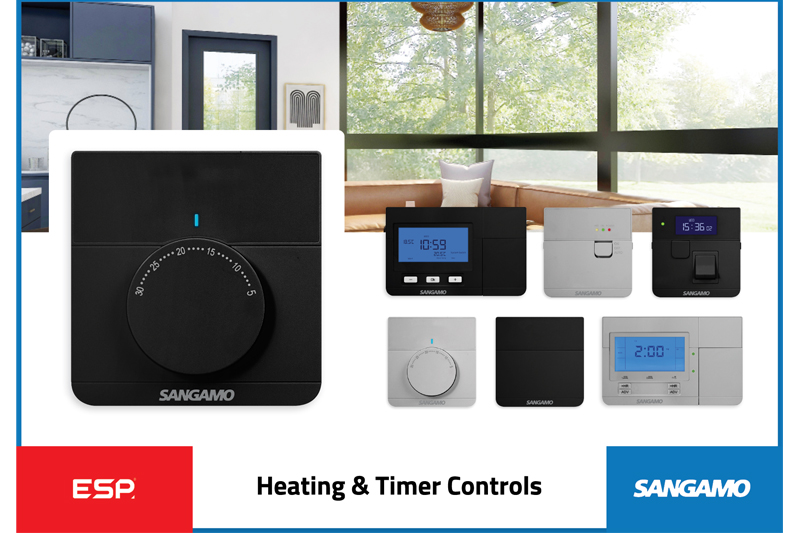 New colour options on timers and heating controls from Sangamo 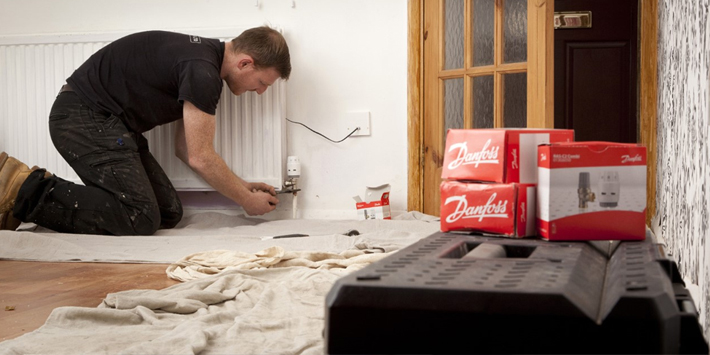