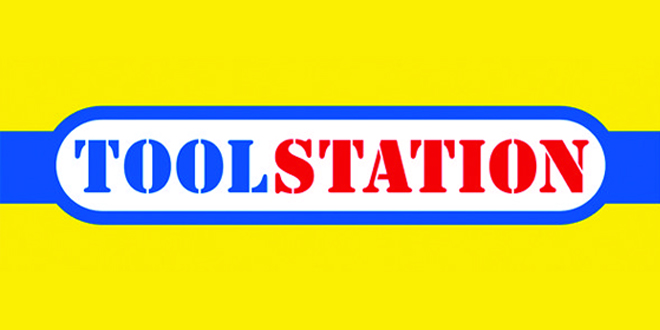 Best of British – will the pandemic increase demand for UK-manufactured products?

A recent survey of tradespeople and DIY customers by Toolstation as the UK came out of lockdown showed that 86% believe it is important to protect the future of British manufacturing.

Having access to locally manufactured products makes their lives easier and creates employment for British workers. What has been the impact of the pandemic on buying habits and could this have longer-term benefits for our manufacturing sector? Toolstation talked to its customers and suppliers to find out.

The decades-long decline of UK manufacturing is an all-too-familiar story. COVID-19 has challenged manufacturers of electrical, plumbing and heating products as much as it has tested other UK businesses. Employees have been furloughed, production lines have fallen silent and there have been job losses too; worrying and unavoidable consequences of ‘unprecedented times.’

Necessity is the mother of invention

“The COVID-19 situation doesn’t mean we’ve taken our eye off product innovation,” says Mike Riseley, UK Sales Director for John Guest Speedfit. “If anything, we’ve realised how important it is to keep investing in the products customers want. I expect the pandemic will produce a lot more innovation, as well as efficiencies, in the UK manufacturing sector; for example, in the automation of product assembly and increased use of emerging technologies.”

News reports celebrated the re-engineering of production lines and rapid product innovation to build much-needed ventilators and other equipment for the NHS. Contactum, the manufacturer of electrical accessories and circuit protection, was able to respond within 24 hours to a request for highly specialised sockets from the contractors building London’s Nightingale Hospital, producing and delivering them to site immediately.

It wasn’t only the NHS, however, that needed suppliers to think differently about how to keep the country’s construction industry working, or to provide trades with the products they needed for essential repairs and maintenance. At a time when many electrical wholesalers remained closed or didn’t have the manpower to cut cable, Toolstation collaborated with long-standing supplier Doncaster Cables to keep customers supplied. The approach was simple, but popular with customers who could now order cut-lengths of cable online for delivery direct to site.

Once a significant industry in the UK, cable manufacturing has haemorrhaged tens of thousands of jobs. Doncaster Cables founder, Chris Mallinson, estimates that between 60% and 70% of all energy cables used in the country may now be imported from overseas, rising to as much as 90% in the case of flexible cords, where his company is now the only approved UK manufacturer.

The good news for those whose businesses have suffered from cheap imports is that interest in British products has increased because of both the pandemic and Britain’s exit from the EU. 40% of the 3,500 customers who responded to the Toolstation survey said the crisis had increased their consideration or purchase of materials made in the UK. This is similar to the 42% who reported that Brexit had increased the likelihood of them considering or buying British products.

Nigel Birch, Head of UK Sales and Marketing at Contactum, believes that lockdown was a wake-up call for buyers, who realised that somebody in the supply chain has to carry product stocks. “As supplies of imported product dwindled, the thought process in the UK started to change. The penny dropped that making products in the places where they are used is actually quite sensible,” says Birch.

As a result, Contactum ran a successful social media campaign encouraging contractors to ‘buy British’ and saw an increase in calls from buyers wanting to consider products made locally.

Product shortages have been frustrating for buyers who needed to get on with a job, either for a customer or in their own home.

Toolstation electrical buyer Colin Freeland is well aware of the importance of working with local manufacturers and carrying deep stocks to prevent future supply chain disruption. “COVID has been the perfect storm,” he explains.

“In local and developed markets, manufacturers had to either shut down or significantly adjust their working practices to accommodate social distancing in a challenging production environment. But you have to realise it takes ten weeks to ship a consumer unit from the Far East. If that becomes difficult, for whatever reason, we are going to be vulnerable to product shortages,” he explains. Meanwhile, air freight is increasingly costly and less straightforward because airlines have grounded unprofitable planes. It’s also something customers want to see decreasing: 50% of people surveyed said that reducing carbon footprint was a reason for buying British.

Ian Cave, who is responsible for buying Toolstation’s plumbing and heating products, recognises that the challenges of COVID might become opportunities for British manufacturers. 68% of respondents to the Toolstation survey said they would pay a premium for an item manufactured in the UK, depending on the product. 26% want to have confidence that products they buy are ethically produced, without exploitation of people or natural resources.

At the same time, China is no longer the cheap alternative it once was. The cost of labour is increasing as the country becomes more prosperous. “Our manufacturing infrastructure in the UK has been severely reduced,” comments Cave, “but you can foresee that, in a small way at least, there could be a trend for some production to return onshore.”

Currently, 50% of the product lines Cave buys for Toolstation are British-made and he has recently made the decision to stop sourcing some plumbing fittings through an international distributor. Instead, they will be purchased from a UK supplier who manufactures part of the range.

Among survey respondents, 41% said that better product quality was a reason for buying British, while 53% quoted better testing and safety standards. Along with continuity of supply and the need to protect local economies, this is a message that UK manufacturers are keen to promote.

“British Standards have always been the gold standard,” according to Chris Mallinson, who is also a director of BASEC, an independent certification body for the cable industry worldwide. “Tradespeople need to know that some imported products pose an actual risk to life because they are made from inferior compounds and are manufactured outside British Standards, so they can overheat or give electric shocks. In some cases, buying British is the responsible thing to do.”

Toolstation’s Commercial Director, Matt Nourse, certainly intends to pursue this strategy, in a market where people increasingly look for recognisable, branded products. “There’s a reason why you’re seeing more Made in Britain labelling on items in the Toolstation catalogue. Our customers know this stands for continuity of supply, high quality, proper accreditation and – above all – peace of mind.”

In the manufacturing community, they may still be having sleepless nights thanks to the immediate fallout from the looming recession. Yet, while nobody is predicting a return to the heyday of British manufacturing, there is a sense that our homegrown suppliers should be able to ride out this storm. After all, there are encouraging signs that this is what customers want.