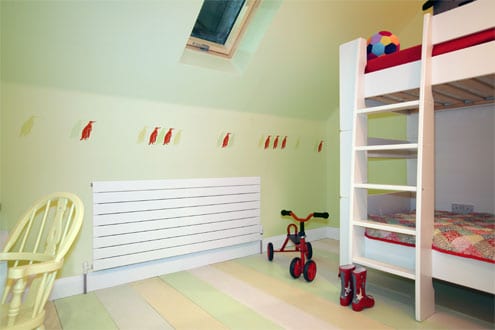 High output, low water content radiators are the perfect emitter for low temperature systems, argues Nick Whitwell, managing director of Quinn Radiators, as he welcomes the defeat of a European proposal to label radiators as unsuitable for use with heat pumps.
The European Commission Delegated Regulation on energy labelling of space heaters had contained a proposal that a label featuring a radiator with a cross through it should be placed on heat pump packaging. However, a decision was made not to include this in the final regulations.
Nick Whitwell comments: “We’re delighted that the European Commission’s proposal has been rejected because, quite simply, it is inaccurate and would have caused widespread uncertainty in an area where there is already confusion.  Putting a label on heat pumps to say they aren’t suitable for use with radiators would have been misleading to installers and end users and undone all of the educational work that has already been carried out by radiator manufacturers over the past few years to dispel these kinds of myths.”
The increasing use of renewable heating systems, such as air or ground source heat pumps, has led to widespread industry debate about their compatibility with radiators due to lower flow temperatures.  However, Quinn Radiators has been at the forefront of a campaign to educate installers and consumers that radiators are perfect for use with low temperature systems but that getting the right model is critical for the best system performance.
Nick Whitwell explains: “Heating systems driven by air or ground heat pumps will usually only operate at a Delta T of 20-25K, whereas a traditional boiler system would run at around Delta T 50K.  Effectively this means that the water in the radiators doesn’t get as hot with a renewable system so the heat output is less and you need a larger surface area to get the room to the right temperature.
“There is therefore a myth that the only solution is to significantly oversize the radiator or use a different type of heat emitter with a larger surface area, like underfloor heating.  To be effective with renewables the radiator needs to make optimum use of the water’s energy content.  Therefore the answer is actually to use a  high heat output and low water content radiator which means that, while there may still be a small degree of oversizing, installers don’t need to go up to such a large radiator or install other expensive heat emitters.  Vertical and triple panel radiators are also a good option for getting more radiator surface area in less wall space.”
Quinn Radiators has designed its Hi Lo Round Top and Compact radiators to work perfectly with alternative energy sources, with the highest heat output and lowest water content on the market, thanks to the company’s multi million pound investment in the development of its unique HqO technology.
For further information visit, www.quinn-radiators.co.uk 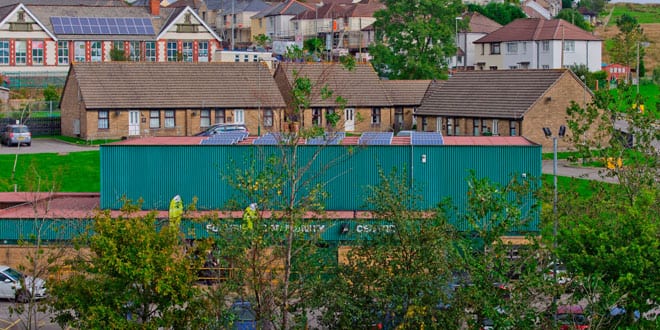 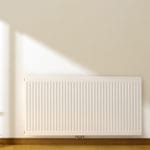