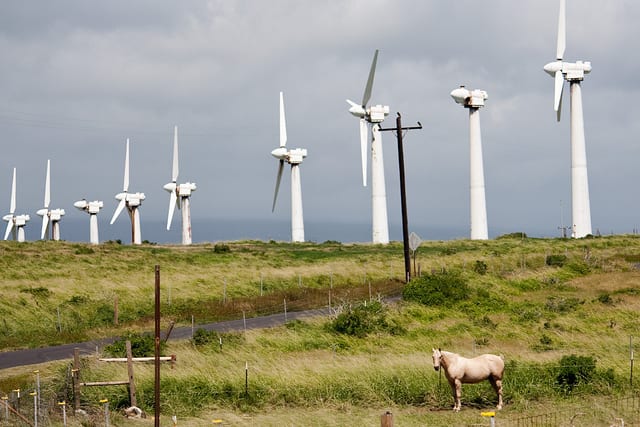 Ministers to sign MoU giving strong signal of potential opportunity to export gigawatts of green energy from Ireland to Britain.
The UK Secretary for Energy and Climate Change, Edward Davey and the Irish Minister for Communications Energy & Natural Resources, Pat Rabbitte, TD, will today commit to working closely together to secure economic benefits for both countries through trade in renewable energy.
Announcing the agreement Minister Rabbitte will say:
“Ireland has the potential to generate far more wind energy than we could consume domestically. The opportunity to export this green power presents an opportunity for employment growth and export earnings which we must seize if we can. Today the two Governments are committing themselves to a programme of work.
“We will work closely with the UK government so we are in a position to move towards a formal agreement on energy trading.
We will tease out the very complex engineering and market issues so that, subject to their successful resolution and a decision by UK and Irish Ministers to proceed, in a year’s time, we will be in a position to make an intergovernmental agreement providing a formal basis for energy trading.”
UK Secretary of State for Energy and Climate Change, Edward Davey, will say:
“Trading power with Ireland could increase the amount of green power in our energy mix and potentially bring down costs for UK consumers.
“Making the most of the natural renewable resource available around our islands could benefit the economies of both countries. The Memorandum of Understanding marks the continuation of close working between our Governments on the potential for energy trading.”
Marking the occasion the two Ministers will sign a Memorandum of Understanding at a ceremony during a conference in Dublin hosted by the British Irish Chamber of Commerce.
The Memorandum of Understanding affirms the two States’ commitment to:

The MOU will trigger detailed analysis of how Irish renewable energy resources, onshore and offshore, might be developed to the mutual benefit of Ireland and the United Kingdom. Any such trading of renewable energy between the two States will seek to achieve more cost efficient uses of resources, drive down deployment costs, be sustainable in the long term, and reduce dependence on fossil fuels.
If analysis shows that renewables trading would be to mutual benefit, the next stage would be to develop an inter-governmental agreement for signing in 2014. A tight timeline is essential if potential projects, which would be selected through an open competitive process, are to commence exporting wind energy from Ireland to the United Kingdom by 2020.