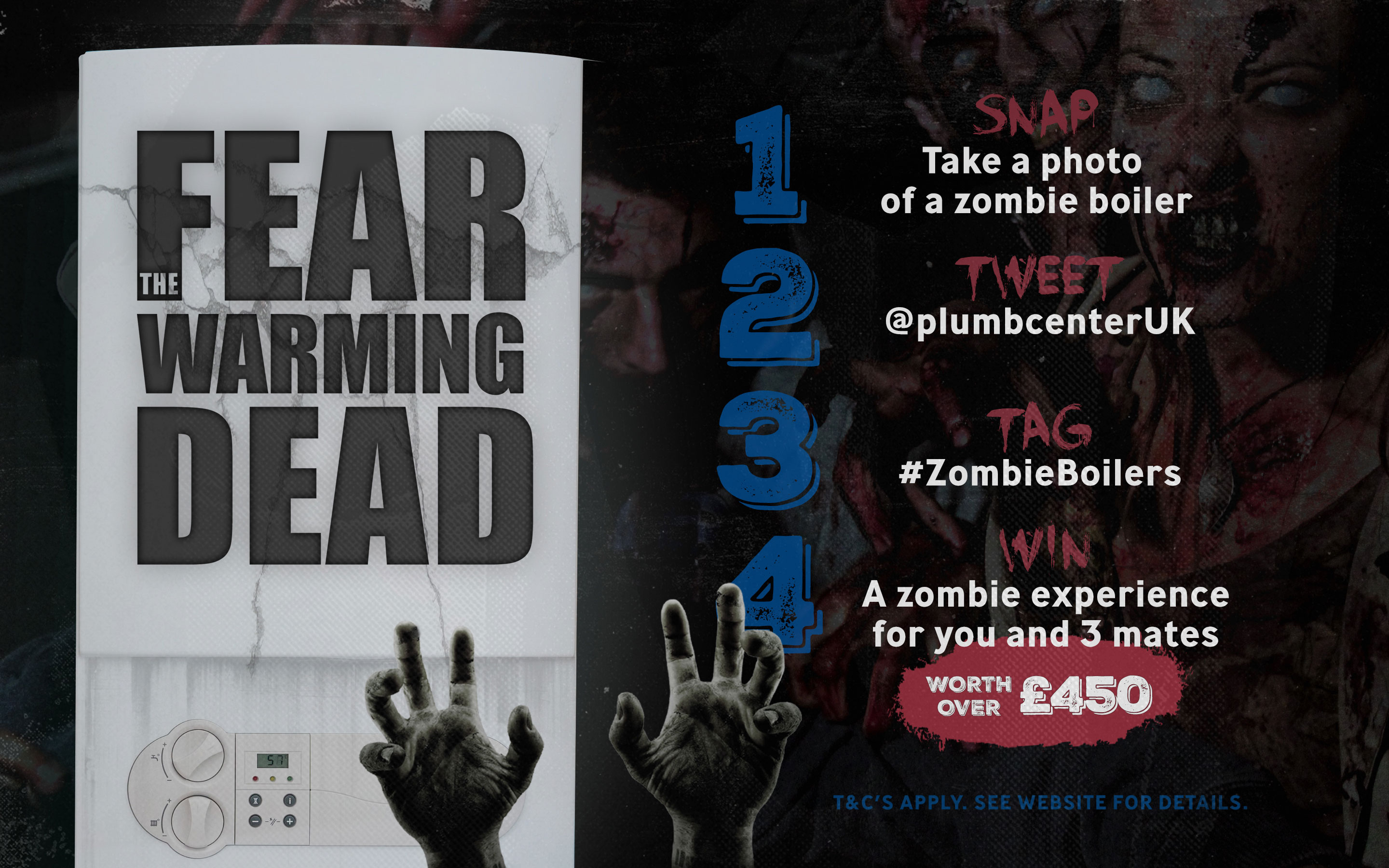 Posted by: mmcgettigan@installermagazine.co.uk on October 26, 2016 in Competitions, Industry News Leave a comment

Snap a zombie boiler and WIN the ultimate zombie experience

Can you hear it? The groans. The burbling moans. The lurching pipework. Zombie boilers are here – and they could be in your customers’ homes.

But, as a brave heating engineer, you fear not the warming dead – working tirelessly to resurrect your customers’ systems and save them from the plague of inefficient, decaying zombie boilers swarming the nation. And now you can show just what you’re doing to stem the tide…

We’ve teamed up with Plumb Center to take you and three fearless friends on the world famous Zed Events ultimate zombie experience, worth almost £500: a two-and-a-half-hour, pulse-pounding thriller, set in an eerily abandoned 250,000ft2 shopping mall.

All you need to do? See one. Snap one. When a zombie boiler stumbles into your path, tweet a photo of it to @plumbcenterUK using the hashtag #ZombieBoilers, and you’ll be entered into our free prize draw. Make sure you’re following @plumbcenteruk too.

Act fast, though – there’s no telling when a zombie boiler will rise, so tweet your pictures by midnight on 31st October.