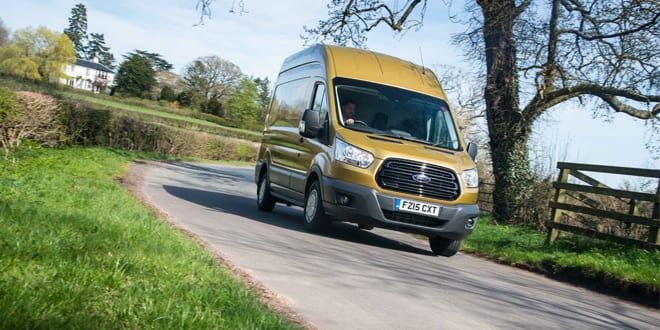 The jumbo Ford Transit has been named “Van of the Year” by Auto Express, the third consecutive year that a Ford Transit vehicle has been awarded the title. 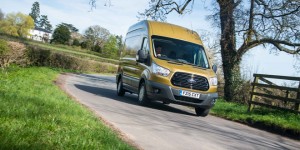 Celebrating its 50th birthday this year, the top-selling Ford Transit range now comprises the jumbo two-tonne Ford Transit, Transit Custom with at least one-tonne load carrying capacity, smaller Transit Connect and compact Transit Courier.
The jumbo Ford Transit has shared the Auto Express Van of the Year title with Transit Custom – the only vans to have received the title since its 2013 launch.
Since the Ford Transit first left the production line on August 9, 1965, 8,000,000 Transit and Transit Custom models have been built across the world. Lined end-to-end, 50 years of Transits would circle the globe, and on average a new Transit has been bought every 180 seconds during its lifetime.  By combining sales of all four Transit models, the 9,000,000 landmark will be passed later this year.
Steve Fowler, Auto Express editor-in-chief, said: “Ford has constructed a huge model range to ensure there’s a Transit for almost every business – buyers now have over 450 variants to choose from. The van was tested to destruction in the development process to ensure no amount of tough treatment at the hands of drivers would get the better of it. Even 50 years on from the launch of the original model, Ford’s Transit is pushing the boundaries of the panel van market and challenging rivals to keep pace.”
The Ford Transit combines best-in-class cost of ownership with unbeatable load-carrying capability for commercial customers. Available from only £21,975, the new Transit marks the completion of an unprecedented 24-month renewal of Ford’s entire commercial vehicle range. Available with various wheelbases, cab-styles and roof-heights, Ford Transit sells alongside the smaller Transit Custom, Transit Connect and Transit Courier vans.
Andy Barratt, Ford of Britain chairman and Managing Director, said:  “Over the past 50 years, the Ford Transit has touched the lives of most of us.  Thanks to Auto Express and its readers for this important recognition in its birthday year.”