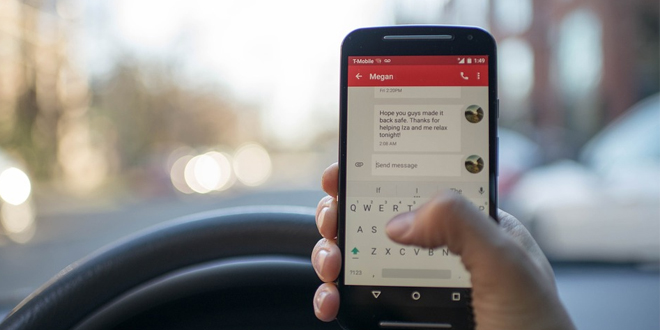 Posted by: jsharpe on August 13, 2019 in Articles, Vehicles Leave a comment

The Government should consider tougher restrictions on driving while using a mobile phone and stricter enforcement of the law to prevent the ‘entirely avoidable’ tragedy of deaths and serious injuries from related crashes on the roads, MPs said.

MPs call on Government to overhaul current laws on using hand-held mobile devices while driving, to cover use irrespective of whether this involves sending or receiving data. As evidence shows that using a hands-free device creates the same risks of crashing, the Committee also recommends that Government explores options for extending the ban on hand-held devices to hands-free phones.

In 2017, there were 773 casualties, including 43 deaths and 135 serious injuries, in collisions where a driver using a mobile phone was a contributory factor. The number of people killed or seriously injured has risen steadily since 2011.

However, the rate of enforcement has plunged by more than two thirds since 2011. Enforcing the law is essential to ensuring that motorists do not illegally use their mobile phone while driving.  While the Committee welcomes the Government’s review of roads policing and traffic enforcement, the report calls on the Government to work with police to boost enforcement and make better use of technology.

The penalties for using a hand-held mobile phone while driving were increased in 2017 but still do not appear to be commensurate with the risk created and should be reviewed and potentially increased so that it is clear there are serious consequences to being caught, says the Report.

“Despite the real risk of catastrophic consequences for themselves, their passengers and other road users, far too many drivers continue to break the law by using hand-held mobile phones.

“If mobile phone use while driving is to become as socially unacceptable as drink driving much more effort needs to go into educating drivers about the risks and consequences of using a phone behind the wheel. Offenders also need to know there is a credible risk of being caught, and that there are serious consequences for being caught.

“There is also a misleading impression that hands-free use is safe. The reality is that any use of a phone distracts from a driver’s ability to pay full attention and the Government should consider extending the ban to reflect this.

“Each death and serious injury which results from a driver using a mobile phone is a tragedy that is entirely avoidable. We need tougher restrictions, better enforcement and more education to make our roads safer for all.”

Road safety charity IAM RoadSmart says it’s time to bust the myth of multi-tasking behind the wheel, to ensure drivers are fully aware of how dangerous a hands-free mobile phone can be.

Neil Greig, IAM RoadSmart director of policy and research, said: “IAM RoadSmart strongly welcomed the House of Commons Transport Committee report as it fully confirms what we have known for some time – multi tasking is a myth and any form of smartphone use at the wheel is distracting.

“Clarifying the law so that any use of a phone that involves holding it or placing in the driver’s lap is made illegal should be a top government priority. It doesn’t matter if it’s for music selection or social media updates, it all increases risk behind the wheel particularly for new drivers.

“New laws and tougher penalties are welcome but will only work if the fear of being caught is increased. This can be done through more high-profile policing but could also given an immediate boost by issuing clear guidelines for the use of mobile speed cameras to prosecute any driver they spot with a phone to their ear.

“The final piece in the jigsaw for IAM RoadSmart would be a revamping of the mobile phone awareness course with every first offender being sent on one to see and feel the real impact of their behaviour.”

He added: “Technology is changing however, and with the introduction of call blocking while in motion and other such measures, we would support the legislative change to ban hands-free to match hand-held.”