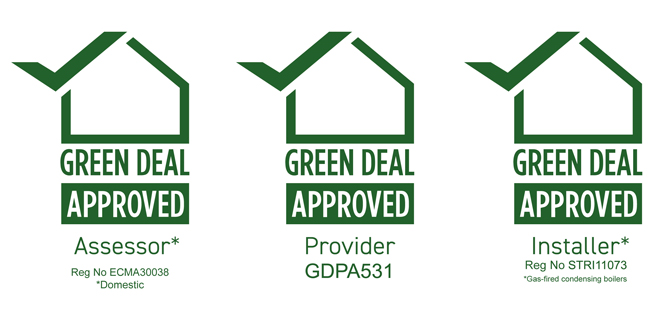 Posted by: jsharpe on March 23, 2017 in Industry News Leave a comment

Green Deal is BACK – Should installers get involved?

The Green Deal is back and ready to go from this April. John Davidson, Green Deal Provider and Managing Director of Eco-energi, says this is good news and good business for all installers who are PAS 2030 certified.

When the government launched the Green Deal scheme back in January 2013, its mission was to provide an affordable retrofitting loan scheme to thermally upgrade housing stock. Instead of having to lay out a large sum of money all at once, homeowners could apply for a Green Deal loan through the Green Deal Finance Company (GDFC). The loan would cover the total cost of the work but repayments would be made through the homeowner’s electricity bill.  And there was a golden rule: the expected financial savings would be equal to or greater than the cost of the improvements in the first place.

“My company was an approved Green Deal Provider (GDP), Assessor and Installer back then and I was genuinely looking forward to getting involved in helping homeowners improve their properties and lower their energy bills; the contract sizes were far larger than one-off boiler installations could command and would provide a long-term source of new business.” Davidson says it should have been a situation where everyone wins, but the implementation of the scheme didn’t match its mission – there were initial red tape issues – but just as demand was growing, there was a change of government, the funding was withdrawn and the Green Deal was closed.

18 months on it’s back, thanks to private investment companies Greenstone Finance and Aurium Capital Markets. They have bought the GDFC’s business and will begin financing new Green Deal loans from this April. Over the past year, the investment companies and Green Deal Providers have been working together to ensure the glitches associated with the former Green Deal have been removed. The whole process will be faster and less cumbersome; the aim is to have funding approved within 24 hours – basically ‘Green Deal in a day’ – and everything will be electronic, so there will be no need for any documentation to go by post. With the scheme in private hands and bureaucracy minimised, uptake is expected to be high and steady. As before, the installer gets paid promptly, in line with the Green Deal Code of Practice, and the homeowner is protected with insurance-backed guarantees from the Green Deal Provider.

Davidson says there’s a vast market for thermal home improvements, especially in the private rented sector. “Landlords have a very real need to ensure all their properties have an EPC rating of E or above. Any property that fails to comply with the government’s Minimum Energy Efficiency Standards (MEES) legislation by April 2018 cannot legally be rented to tenants. If you know any landlords, you should be talking to them now or onboard with us!”

As founder and former Chief Executive of Gas-elec, the largest building services franchise in the UK, providing combined gas and electrical services to over 80,000 landlord-owned properties for over 20 years, Davidson knows this business well and says it should not be overlooked.

Any installer who wants to get involved in working on Green Deal contracts, and is PAS 2030 certified, a condition of being a Green Deal Installer, should contact Green Deal Providers like Eco-energi.

Minister for Energy and Industry, Jesse Norman, said: “People living in more energy efficient homes can have lower bills and warmer homes, while producing fewer carbon emissions, which is why the Government has committed to improving the insulation of more than one million homes over this Parliament. This deal will help us to reach that goal.”