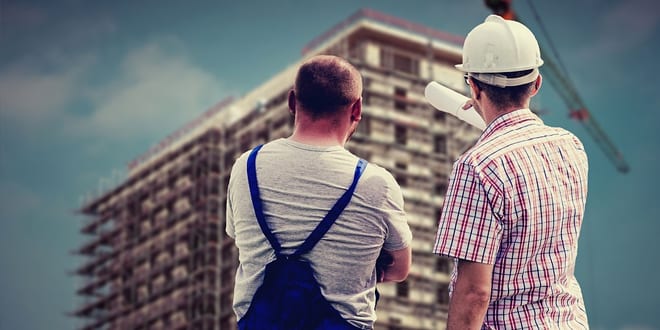 Dame Judith Hackitt has announced plans to recognise companies who reform their working practices before they are forced to by new regulations.

Speaking at the BESA National Conference, the chair of the Industry Safety Steering Group said businesses should not be waiting for the new building regulations due to come into force in 2023 and the appointment of the new building safety regulator before making essential changes.

“Why would you want to wait? Why not get ahead of the game and your competitors?” Hackitt asked delegates at the two-day online conference.

She also appealed to the industry’s better nature by asking business leaders to reflect on the “shameful legacy of regulatory failure” that has left people “stuck in apartments that have become like prisons” due to poor quality work and safety breaches.

“People choose to live in high-rise blocks because we are a crowded island and those people deserve to feel safe. We owe it to them,” she said in conversation with BESA chief executive David Frise. “If your elderly Mum or Granny lived in one of these buildings would you be happy about that? If not, then change.”

She congratulated the sector for the way it had dealt with the Covid pandemic; adding that it proved the industry could change its working practices if it wanted to. “So, if you can do it for one reason you can do it for another,” Hackitt said.

Prosecute
The draft Building Safety Bill, which was developed after the government accepted all of the recommendations in the Hackitt Report produced in response to the Grenfell disaster, will create a legal framework for holding non-compliant companies to account. The new regulator will also have retrospective powers to prosecute poor quality work being carried out now.

“It will no longer be possible for people to say they did what the rules said they could; or did it because the rules didn’t tell them they shouldn’t,” Hackitt told the BESA Conference. “Knowing that the regulations are coming should be enough reason to start making changes now, but it also makes business sense to get ahead of competitors and ahead of the game – you can then avoid costly arguments about rectification in the future. Not to mention the potential threat of added penalties from the regulator.”

She said there were too many companies not doing anything at all, but there were also a “good number” of early adopters. “So, we are looking at ways to recognise those companies and reward them with a special accreditation for taking the lead – giving you another reason to be ahead of the game.”

Hackitt said the new regime would require a step change in approaches to safety management and control. “You must be able to demonstrate you have the system in place and the leadership to make sure work is done properly…and you will need to employ competent people at every stage.”

She also criticised firms who had deliberately decided not to record project information despite the widespread availability of digital technology that made it straightforward. “That will no longer be allowed,” said Hackitt.

CIBSE technical director Hywel Davies also described the draft Bill as: “The biggest shake-up of the construction industry in the past 40 years.”

Although the industry had been able to “see off” previous attempts at reform in the past, Davies said that would not happen this time because the Grenfell tragedy had changed the political landscape.

“There is a new political drive. It’s certainly the biggest change in our lifetime,” he told the conference.

Davies also pointed out that the new regulator would oversee all buildings – not just the residential and ‘at risk’ buildings identified by the Hackitt Review. They will also have considerable enforcement powers that would include product manufacturers.

Hackitt said buildings over 18 metres in height were the focus of the legislation because that is where there is greatest potential for loss of life. “However, that does not mean we don’t recognise the difficulty for people in other types of building,” she added.

Compensate
There are around 13,000 buildings over 18 metres in the UK and Hackitt said many would need remedial work to make them safe. She added that further legislation would be needed to work out how to pay for the work and compensate householders trapped in unsafe accommodation.

Frise said BESA had been planning for the changes since the Hackitt Report was published and had already tightened up criteria for membership in line with the higher competency standards that will be needed to comply with the new regulations. Hackitt welcomed the Association’s response.

She said the new design ‘gateways’ proposed in the legislation would “front end load” the process to make sure more design work was done upfront and that project teams looked at the building as a “complete system”.

She acknowledged the importance of designing towards the government’s net zero carbon goals, but that: “First and foremost the buildings must be safe. Build it once, build it right and it will stay that way.”

To watch the BESA Conference sessions in demand go to: www.theBESA.com/conference