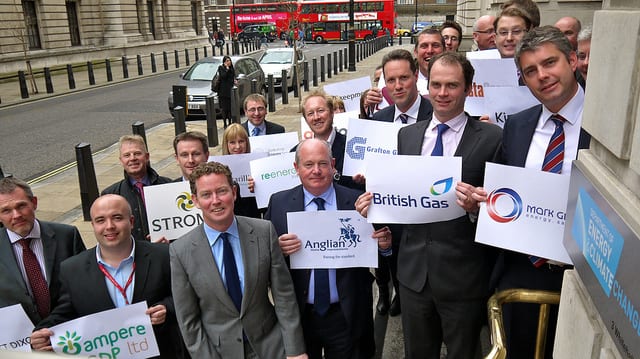 The Green Deal goes live today, giving people the opportunity to transform their homes by paying for energy efficient home improvements with the savings on their energy bills.
The Green Deal is the Coalition Government’s new initiative to transform Britain’s homes. With buildings in Britain among the least efficient in the world, the Green Deal gives homes and businesses a new way of paying for energy efficient improvements such as insulation and new heating systems.
There are 45 different types of improvements currently available under the Green Deal, helping people warm up their homes and pay for some or all of the improvements over time through their electricity bill.
From today households in England and Wales who use the Green Deal to make energy saving home improvements will also qualify for hundreds of pounds of cashback from the Green Deal Cashback Scheme. The more work households decide to have done, the more cash they could receive and packages could be worth over £1,000.
Deputy Prime Minister Nick Clegg said:
“The Green Deal will help thousands of homes stay warm for less.
“Those people will benefit from energy saving improvements – and their energy bills will fall.
“The UK green sector is a success story – it is the sixth largest in the world and has a crucial part to play in building a strong economy. The Green Deal will support thousands of jobs – not just over the next few years, but in the long-term.”
Energy and Climate Change Secretary Edward Davey said:
“More and more families are being hit by the rising cost of fuel bills and the best way people can protect themselves from increased costs is to use less energy. This is where the Green Deal comes in, giving people a whole new way to pay for energy saving home improvements.
“The Green Deal is a great deal. Improve the look and feel of your home, make it cosier and at the same time save energy – what’s not to like?”
Energy and Climate Change Minister Greg Barker said:
“The Green Deal will transform the energy efficiency market and puts consumers in charge. It’s a fantastic new scheme that will allow people to make their homes warmer and save energy at the same time.
“And it’s not just consumers who will benefit. The Green Deal is also great for business, creating a new market and new jobs. I’m truly excited about the potential the Green Deal has to transform Britain’s buildings.”
A host of businesses and industry bodies have today welcomed the arrival of the Green Deal and the opportunity it presents to update Britain’s housing stock and create new jobs.
The Government has also today unveiled its communications campaign to tell people about the Green Deal. A nationwide campaign –
‘Green Deal with it’ – will help inform people about the benefits of the scheme and how they can sign up for a warmer home and energy savings. The two print advertisements can be found here:
www.yousendit.com/download/UW16YURORkVLVlZWeHNUQw
www.yousendit.com/download/UW16YURJNHZ0QTE3czlVag
The Government also welcomes today the publication of a new toolkit produced by the Centre for Sustainable Energy to help community groups get involved in making the Green Deal work in their neighbourhoods.
Free and impartial advice on the Green Deal is available by calling the Energy Saving Advice Service (England, Scotland and Wales) on 0300 123 1234 or visiting www.gov.uk/greendeal.