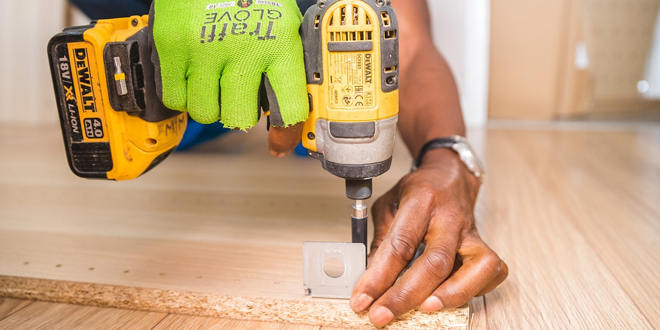 Posted by: jsharpe on October 18, 2019 in Industry News Leave a comment

A whopping 77% of tradespeople have suffered from a client refusing to settle the bill for completed work, and heating engineers are top of the table for loss of earnings.

That compares to just 24% of customers who say they’ve encountered rogue tradespeople, according to a poll of 2,500 adults by online marketplace Rated People.

Almost half of all tradespeople say they have had clients who refused to pay a single penny for a completed job with more than two thirds (68%) saying this has happened more than once.

Whether intentional or as a result of misunderstandings concerning the project, the average tradesperson loses 20% of their annual earnings to issues with customers. More than six in ten (64%) of them even had to sue in order to get their money.

The paving, gardening and plumbing trades are most affected by payment refusals. Nine in ten (96%) paving tradespeople have had this problem, followed by 77% of gardeners and 76% of plumbers. Heating, paving and plumbing trades have suffered the highest losses, while those in the roofing trade have been fleeced the least.

The British homeowners surveyed said builders were the trade they had been ripped off by most (27%), followed by plumbers (23%), decorators (22%) and gardeners (19%). Over half of these rip offs were in the form of what they considered to be poor quality (56%) work. Hence six in ten (60%) Brits saying they’d use a service that allows them to pay into a holding vault where the money will only be released to the tradesperson once the customer’s satisfied with the work.

The tradespeople surveyed were most likely to disagree with their clients on price (49%), quality of work (48%) and timings (37%). London’s tradespeople have experienced clients refusing to pay the most with 81% saying this has happened more than once. The average London tradesman has lost 23% of their annual earnings because of rogue clients, averaging over £8,700.

“Most tradespeople and homeowners out there are decent, honest and fair. But there are exceptions on both sides and this can create a barrier of mistrust, which makes it harder for great home improvement work to get done. Protected Payments will help break down that barrier by offering more security around payments and giving peace of mind to both homeowners and tradespeople.”

“Homeowners and tradespeople enjoy real peace of mind with Protected Payments. No longer having to rely on riskier cash payments or bank transfers, homeowners have more control over their money and tradespeople are reassured that the funds are there to pay them for their work. All with the added benefit that both parties are protected from fraudsters. Secure payments are set to revolutionise the home improvement market and ensure better outcomes for all.”