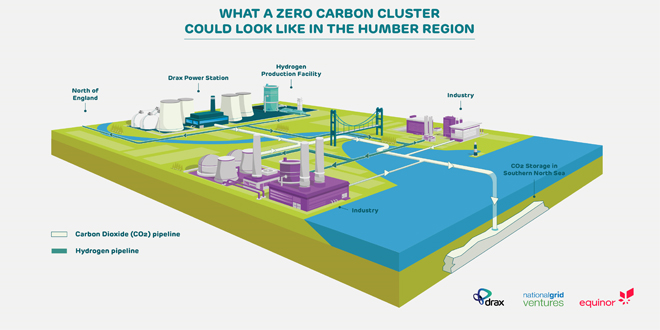 Posted by: jsharpe on June 12, 2019 in Articles, Commentary Leave a comment

A hydrogen production facility is coming to the UK- is the the future of heating?

Three large energy companies have committed to developing a hydrogen production facility in the UK. Neil Schofield, Head of Government and External Affairs for Worcester Bosch wonders if this is a tipping point for the UK’s future heating strategy:

A couple of weeks ago three leading energy companies formed a very significant partnership, which could be the start of a period of dramatic change for the UK heating industry. Drax Group, National Grid Ventures and Equinor have come together to look into constructing a large-scale Carbon Capture, Utilisation & Storage (CCUS) network and a hydrogen production facility by the mid-2020s.

The requirement to meet targets, accelerated by the activities of groups like Extinction Rebellion, has led government into pledging direct action.  It is also the industry’s responsibility to explore new technologies and projects that can help tackle climate change and reach that target of zero carbon by 2050.

This new CCUS commitment marks one of the first significant responses from the energy industry after the Committee on Climate Change’s (CCC) Net Zero report. It also marks a step-forward towards the possibility of hydrogen being a possible future fuel. Hopefully this will also set a strong example for other large organisations to follow suit.

This is a pivotal time for hydrogen as the UK looks at future energy sources, particularly in the heating industry. The partnership between these three companies is a hugely positive step forward for decarbonisation and the ultimate goal of a zero-carbon future.

However, the decarbonisation of heating and hot water is one of the most difficult to tackle. Many appliance manufacturers, including Worcester Bosch, are already looking to contribute to this plan, as are other industry players. But the new partnership is the first tangible announcement where we will see carbon capture use and storage being utilised in the generation of gas. Being such a large-scale project, this could be another launchpad for hydrogen gas alongside the trials at Keele University which will occur later in the year.

If the partnership between Drax, National Grid and Equinor results in a fully-functional hydrogen production facility in the UK then I’m very confident that hydrogen gas boilers will become the norm in homes across this country. On top of that, Worcester Bosch have already developed a prototype hydrogen firing boiler, something we proudly showed to an impressed Chris Stark, the CCC’s CEO, in June this year.

It is beginning to look like things are falling in place nicely as hydrogen continues to take centre stage in discussions on decarbonisation.