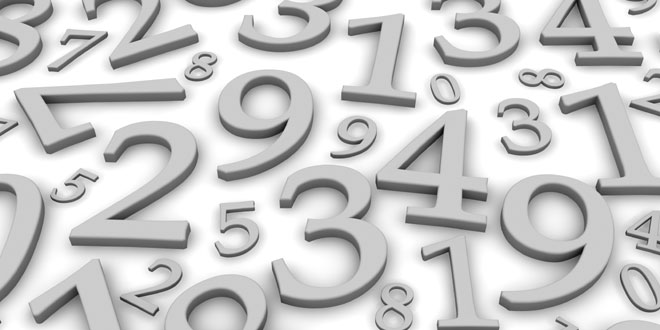 Posted by: Installer Online on July 1, 2013 in Industry News Leave a comment

The Department of Energy and Climate Change (DECC) has released the first quarterly Green Deal statistics, which show almost 40,000 people have had an assessment carried out.

The key figures up to the 16 June are:
• 38,259 homes have had a Green Deal assessment
• A rise in assessments every month: 7,491 in March, 9,522 in April, 12,146 in May
• 241 customers have obtained a quote from a Green Deal Provider and have confirmed they wish to
make energy efficient improvements to their home
• Four customers have signed up to a Green Deal Plan and progress is being made to install energy efficient measures
• 961 people have claimed cashback for a new boiler installation – 902 gas and 59 oil boilers
• 1,254 installer organisations are accredited and qualified to work within the Green Deal.

Plumb Center’s Head of Sustainability Tim Pollard gives his view:
“The latest figures are very promising. 40,000 assessments is a significant marketplace and installers will know that represents more than a fad – I can’t imagine any installer not thinking it’s a good thing.

“Having an assessment is good value. The fact householders get a professional report which lists the measures their property can benefit from, and quantifies the savings, is a massive step forward.

“The early adopters are the people who are passionate about the scheme. We’ve had those now and I might be an eternal optimist, but I think more people will start to get on board.

“It’s also very interesting to see almost 1,000 people have replaced their old boiler with a high-efficiency one, and claimed Green Deal cashback. If the UK is going to hit its carbon targets, we need homes to use high-efficiency heating systems, so it’s great to see leaky boilers are on the way out.

“Inevitably there’s been a lot of ill-founded criticism about Green Deal because it took longer to start than some thought it would, and maybe uptake hasn’t been as quick as they thought. But the people at the heart of Green Deal knew it wasn’t going to produce a tsunami of demand at the start, it was going to be a scheme of longevity and the time to judge is at its end, not its beginning.”

HHIC Director, Roger Webb  said:
“The figures are very disappointing and there is no getting away from that fact. However, on a positive note, they will be a wake-up call for the government to simplify the scheme and to really engage with the small installer. It is not too late for the Green Deal as the scheme has hardly got off the ground and further action will be required to reform the scheme. The heating industry from the success of the cashback incentive want to stress that  figures prove that changing a boiler is one of the key routes to gain consumer interest in the Green Deal and enabling further measures to be taken up.”

Jerry Studden, MD of Alpha Heating Innovation said:
“The figures released showing that the majority of cashback vouchers issued have been for boilers highlights that as a country we are not yet in a position to switch to full-scale renewable heating.”

“Boilers are still a huge feature of millions of UK homes and most are still heated by old and inefficient boilers so it’s completely understandable why homeowners are swayed towards this option within the Green Deal package. Unlike some renewables, which can take a while to see the benefits, installing a new high-efficiency boiler delivers instantaneous reductions in emissions and costs.

“Plus, we have to remember that even though boilers do use gas, modern systems use considerably less – even more so when you take into account that boiler technology has evolved to work alongside renewable solutions such as Solar Thermal. Of the 968 vouchers that have been paid to date, almost all of these have been for boiler replacements so instead of demonising boiler replacement within the Green Deal we should look at what the figures are trying to tell us and alter the way we’re looking at the Green Deal.

“We should be very wary of splitting the camp in half under the Green Deal following the news of the cashback vouchers, the whole heating sector should remain unified and progress as one in order to try and maximise potential for both the industry and the public.”

Neil Schofield, Head of Government and External Affairs at Worcester, Bosch Group commented:
“The official figures tell a sorry tale, but we still believe the scheme can work if it is reformed and installers are made a central part of the sales process.”

He continued: “As it currently stands, the Green Deal is a great idea but tragically flawed, because it cuts straight across the heating industry supply chain, rather than working with it.”

Mr Schofield identified two key areas in need of reform, namely the requirement for an assessment and the cash-back mechanism. “We need to drop the need for an assessment, which is acting as a barrier to new boilers being financed under the Green Deal. Boilers are a distress purchase and no homeowner is going to wait around without hot water and heating while they wait for an assessor to come round.

“The boiler is a key element because if it is financed under the Green Deal it can be used to encourage the homeowner to sign-up for other energy saving measures, such as insulation.

“Secondly, the Government needs to reform the cash-back element of the scheme which is limited to Green Deal providers only. Installers won’t pass on boiler leads to providers because of the fear they will lose the job. We need to go back to the boiler scrappage model which offered an easily reclaimable voucher.”

Green Deal is BACK – Should installers get involved?

Lessons must be learned after failure of ‘abysmal’ Green Deal