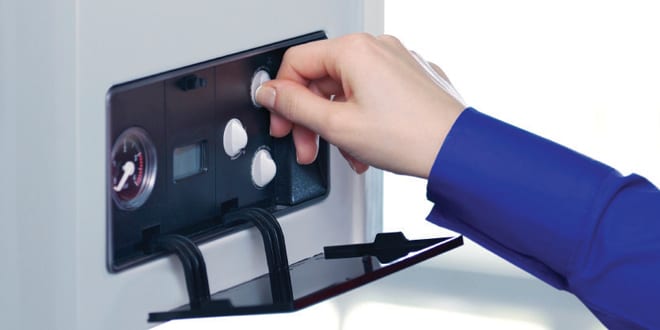 As the second phase of the Green Deal Home Improvement Fund (GDHIF) launches, the industry gives its reaction.
Trade body UKLPG – which represents the interests of the Liquefied Petroleum Gas industry – is urging the Department for Energy and Climate Change (DECC) to review the role of LP Gas in delivering a cohesive off-grid heating strategy.

UKLPG has outlined that the continued exclusion of LP Gas from the list of eligible measures under the GDHIF is a missed opportunity to improve the heating efficiency for truly rural off-grid householders. UKLPG believes this is an example of inconsistent government policy which is putting rural populations at a disadvantage.
Instead of supporting families in rural fuel poverty, UKLPG argues that successive energy strategies have actually penalised rural homeowners. Data shows that the CERT, CESP and ECO schemes have all delivered substantially greater benefit to urban areas compared with their rural counterparts.
Rob Shuttleworth, chief executive of UKLPG, said: “We welcome the commitment of all political parties to energy efficiency and the eradication of fuel poverty. However, there is still misunderstanding around how these issues affect rural Britain. Indeed, off-grid heating policy continues to be misplaced, limiting consumer choice and failing to address the needs of off-grid households.
“The decision to exclude LP Gas condensing boilers from the GDHIF is a missed opportunity to drive up household energy efficiency, cut energy bills and deliver significant environmental benefits to rural communities that don’t have access to the gas grid.”
In representations to DECC, UKLPG has confirmed that LP Gas is the lowest carbon of all of the off-grid conventional fuels and burns without the pollutants that other conventional and some renewable fuels emit.
Shuttleworth continued: “Around two million homes, that’s 4.6 million people, do not have access to the mains grid in the UK. However, the widely variable quality and age of housing stock, combined with accessibility (or lack thereof) to infrastructure means that a one-size-fits-all solution to energy efficiency and fuel poverty will not work.
“Currently, truly rural off-grid consumers have to pay for energy efficiency schemes in the form of electricity bills levies, but with little prospect of being able to benefit. While off-grid properties tend to be less thermally efficient and are more likely to have an older and less efficient heating system, they have received significantly lower support for energy improvements via policy intervention, compared with on-grid properties.”
UKLPG continues to engage with all political parties to improve understanding of the particular needs of rural off grid communities, in light of policy interventions to improve energy efficiency and reduce fuel poverty.
Manufacturers Association of Radiators and Convectors

Members of the Manufacturers Association of Radiators and Convectors (MARC) are somewhat dismayed that the Government have yet again ignored the cost savings afforded by replacing old radiators.
Some 70% of the UK housing stock of 2050 is already in place, meaning that the greatest opportunity for improving the eco standards of this country’s homes lays in retro-fitting these existing properties.
While the measures covered by the Green Deal Home Improvement Fund can all play a part in making a home greener, MARC believe the programme ignores the fact that radiators are already in place in 23.6 million UK homes and are easily replaceable when they reach the end of their lifespan, which is usually in excess of 30 years.
Research conducted by MARC suggests the energy efficiency of millions of homes across the UK can be improved simply by replacing their existing radiators.
A survey conducted on behalf of MARC in 2012 indicated that one in five of home owners still have radiators in their homes which do not have convectors.
Radiator manufacturers began attaching convectors to their products in the 1980s, following innovations in the welding process developed by workers within the industry. The convectors allow greater heat emission from the radiators, and, therefore, the generators of the heat, such as boilers, are able to operate more efficiently.
MARC chairman John Colling said: “Improved household energy efficiency could be achieved without having to do anything other than replace old steel panel radiators with new.
Radiators cost tens, rather than hundreds or thousands of pounds to purchase and are being installed easily as like-for-like replacements to the existing 190 million products already in place.
When an option such as this is available, making it possible for home owners to make positive environmental improvements for less money and with less disruption to their homes and lives, it seems ill-advised of those leading the Green Deal Home Improvement Fund to have ignored it.
While the Green Deal Home Improvement Fund focuses on other product areas, radiators are still as efficient, if not more so, than other emitters on the market, and, with these products already installed in an estimated 23.6 million of the 26.3 million homes in the UK, changing them and making a difference to the environment couldn’t be easier, or cheaper.”
There is a school of thought that radiators aren’t suitably ‘green’ products. However, research conducted by leading heating experts and academics on the continent have dispelled this myth, showing that steel panel products can be as, if not more, efficient than other emitters when used with low water temperatures.
In 2011, MARC launched a report, compiled by industry and academic experts from across Europe, showing that modern steel panel radiators were efficient heat emitters with low water temperature systems.
John Colling added; “The modern technology we now have within the radiator industry supports the needs of carbon reduction, conforms to the standards set by the Government, and meets homeowners’ needs. No other heat emitter can offer such adaptability, control and renewable credentials.
The humble radiator has come a long way from its beginnings, but it is still the most effective, easy to install and reliable source of heat within the home. The Government have missed an opportunity by ignoring the potential savings available from replacing radiators.”