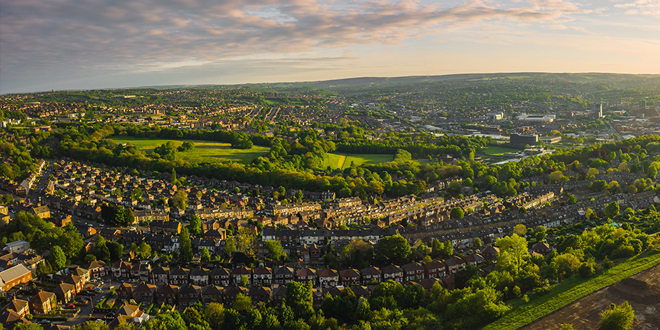 Posted by: jsharpe on January 29, 2020 in Heating, Technical Articles Leave a comment

Darran Smith, Technical Manager at Alpha Heating Innovation, takes a look at whether the industry is ready to embrace hydrogen as a replacement for fossil fuels.

In a warming world, the clock is ticking on decarbonising energy with our building stock accounting for 40% of the UK’s carbon footprint. With a new report from the Energy and Utilities Alliance (EUA) highlighting the record number of gas boilers being sold and with 22 million homes across the UK having gas central heating, could cleaner gases such as hydrogen provide the solution to the decarbonisation of UK heat demand?

For some time, hydrogen has been championed as a clean replacement for fossil fuels such as natural gas as it is does not produce carbon dioxide when burnt. While critics in the past have questioned costs and safety, hydrogen as a low carbon alternative to fossil fuels has strong support from governments and businesses around the world.

The stumbling block is the infrastructure, as is the issue of rolling out hydrogen on a mass scale. In the first instance, there’s certainly potential in hydrogen replacing natural gas in controlled areas where you have new build developments and can build a new gas network. This housing would have the right products and the right supply from the outset. The challenge in terms of our existing housing stock will be the cost and time in converting or retrofitting the existing network to ensure that it can move onto hydrogen.

Appliances in homes will also need converting or replacing, which is why the development of hydrogen-ready boilers is seen as an alternative for existing homes. Of course, once these boilers are approved, there will need to be some of form of financial incentive for the millions of homeowners to replace their existing appliances to one that is hydrogen-ready.

There are positive signs with the ground-breaking £7 million HyDeploy project having recently had zero-carbon hydrogen injected into a UK gas network for the first time. A 20% hydrogen and natural gas blend is being used to heat homes and buildings at Keele University in Staffordshire. According to gas distribution network Cadent, if a 20% hydrogen blend was rolled out across the country, this could save 6 million tonnes of CO2 a year, which is the same as taking 2.5 million cars off the road.

The UK has experienced gas switchovers before in the late 1960s with the nationwide town gas to natural gas conversion being the largest with 40 million appliances converted over a ten-year period. Of course, hydrogen represents more technical challenges, not just on a domestic level but also in terms of the regional or national production and distribution of hydrogen.

It’s clear that alternatives such as hydrogen are a significant and important green solution and should be part of the mix of energy options as it works in the same way as natural gas. The question remains whether the hype around hydrogen will ensure it will move forward towards large-scale deployment.

Here at Alpha, we are ready to embrace a move to hydrogen with suitable products in the pipeline that will be introduced to the market when the appropriate time comes.

For more information on Alpha Heating Innovation and its range of condensing boilers, visit: www.alpha-innovation.co.uk

A hydrogen production facility is coming to the UK- is the the future of heating?