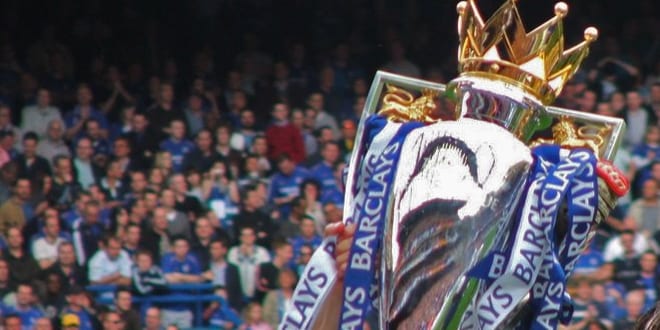 It’s been a hell of a season. We’ve seen legends play their last games in the Premier League, 8-0 wins, youngsters breaking into sides with style and much, much more.
But after a thrilling final weekend, the dust has settled and we can now look at the results.
Hull couldn’t muster a miracle against United so they join Burnley and QPR in the relegation zone. They’ll be replaced by Norwich who stunned Middlesbrough to win the Championship play-off final, and will be plying their trade in the top flig 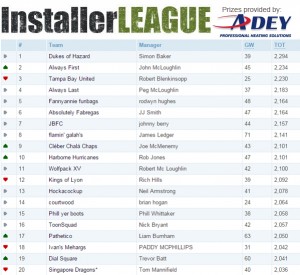 ht next season with Watford and Bournemouth.
So just as Chelsea were crowned Champions of English football, we can now crown the Champion of the InstallerLEAGUE.
Simon Baker is our very own “Special One” as he guided his Dukes of Hazard team to the top spot, finishing an impressive 60 points above his nearest rival.
Simon will now receive two tickets courtesy of Club Wembley, to take in a top game of his choice.
Congratulations Simon, and a big thanks to everyone who took part, we’ll see you again in a couple of months for round three.
Simon commented: “I wanted to select as many of the truly world class players as possible, keeping Hazard, Sánchez and Agüero for most of the season.  I filled the rest of the squad with bargains or cheap bench fillers.
“It was important I saved the extra wildcard until towards the end of the season.  I used both wildcards to pick a squad full of players in teams approaching a double game-week, but storing some players in teams that had a double game-week a few weeks later.
“I chopped and changed  the squad according to form and if a player had potentially an easy run of games.  I also tried to refrain from using points to buy transfers by planning ahead, having only used two penalty transfers due to injuries.” 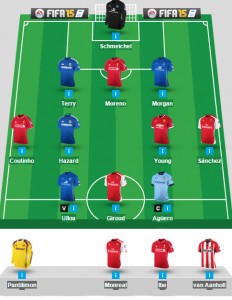