Posted on September 16, 2014 by Installer Online

It was all about Diego Costa for InstallerLEAGUE players in Gameweek 4. For the second week in a row he was an injury doubt, but he repaid those who kept the faith by knocking in a hattrick against Swansea and notching a huge 17 points – even better if you had him as captain.
Man United fans will be celebrating as their team recorded their first win of the season in impressive style, beating newly-promoted QPR 4-0. Herrera(13 points) and Di María (14 points) both looked impressive.
Elsewhere Crystal Palace’s Julian Speroni received 15 points with a fantastic penalty save and clean sheet against Burnley, while Southampton tore apart struggling Newcastle United 4-0, earning left-back Ryan Bertrand 11 points, and new Italian striker Graziano Pellè 13 points.
We wonder if Alan Pardew fancies joining InstallerLEAGUE, because he might not have a team to manage by next weekend.
To see the full league standings click here 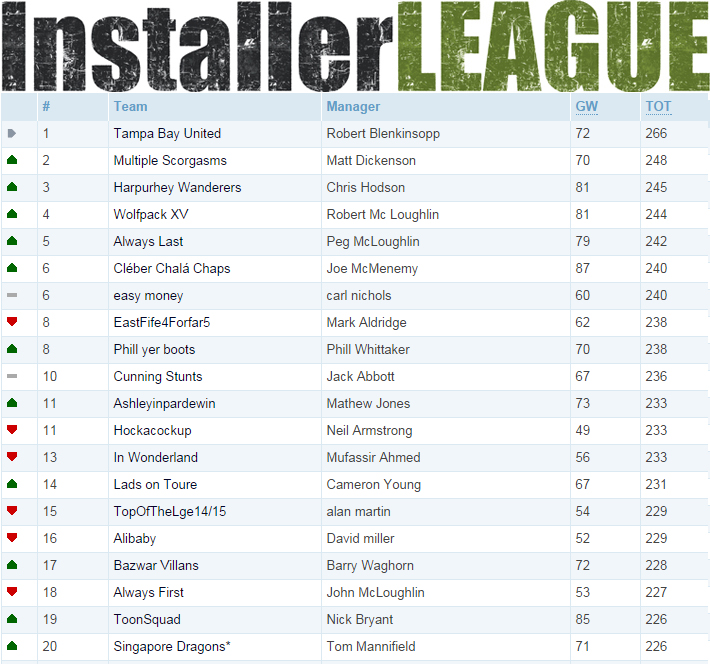