Posted on September 12, 2014 by Installer Online 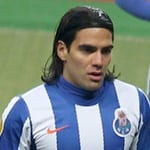 So we’ve had the international break and seen some good performances by the Home Nation teams, but now the Premier League is back.
There are some tasty matches to look forward to this weekend with games like Arsenal vs City, Chelsea vs Swansea and Man United vs QPR.
But with the transfer window slamming shut, it’s a chance to check out the new players that managed to engineer moves.
We sent our InstallerLEAGUE scouts to look at the exciting new talent.
MF – Blind 5.5m
It was always going to be an interesting Transfer Deadline Day at Old Trafford. After dropping out of the Champion’s League and appointing a new manager, fresh faces were expected.
Their poor start to the season highlighted some holes at the back, which teams like Swansea and the mighty MK Dons took advantage of.
So it wasn’t a surprise to see a defensive player bought in, in the shape of Dutch international Daley Blind.
The former Ajax man knows United boss Louis van Gaal well and can play in either defence or midfield, so could be the man to shore up the defence.
But with passing like THIS, is Blind worth putting in your team?
MF- Ben Arfa 5.8m
Hull City were the winners of Transfer Deadline day, adding striker Abel Hernández (7.0m), and midfielders Mohamed Diame (5.4) from West Ham and Gaston Ramirez (5.5) from Southampton to their squad.
All of these could be good additions to your team, but we think the pick is Hatem Ben Arfa, who the Tigers managed to loan for the season.
Despite questions about his attitude and fitness while at Newcastle, Ben Arfa has undoubted quality. He’s scored some absolute wordlies and can completely change a game.
Expect goals and assists, but only if he’s in the mood.
CF – Welbeck 7.0m
This could be described as a bit of a surprise move, as not many people thought the Man United academy product would made the switch to rivals Arsenal.
United boss Van Gaal said it’s because he doesn’t score enough goals, but Danny slotted two home against Switzerland in the Euro qualifier, and finished them both well (ok so one of them did come off his shin).
With an injury to Giroud and questions about Sanogo’s ability, Welbeck could be leading the line for the Gunners, but can Wenger get him firing?
CF – Radamel Falcao 11.0m
This was the big one. An absolute monster signing for United, who now have a ridiculous strike force of Van Persie, Rooney and Falcao.
The Colombian international boasts one of the best records in football today, scoring 41 goals in 51 games for Porto, 52 in 69 for Atlético Madrid, and 11 in 20 for AS Monaco.
Think how good Diego Costa looks for Chelsea (24 points), and Falcao kept him out the Atlético team.
He did miss the World Cup with a knee injury, but already bagged a couple for Monaco before making his switch to Old Trafford.
If he can stay fit and adapt to the league, Falcao will be fantasy football must-have.
Not yet in the InstallerLEAGUE, join now for FREE