Insulation industry “in crisis” as job losses rise to 4,000

Home » Insulation industry “in crisis” as job losses rise to 4,000 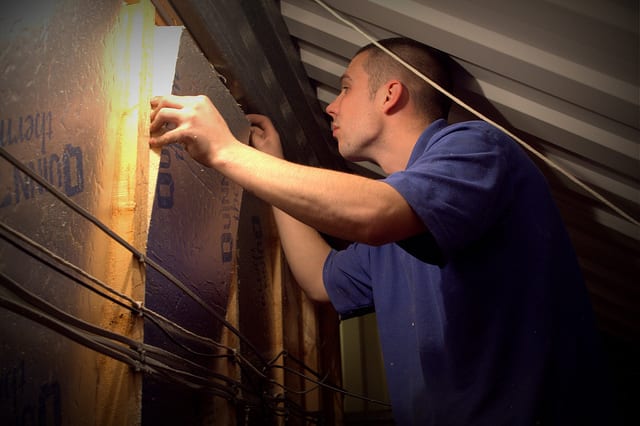 Over 4,220 jobs have been lost in the insulation industry, with a further 1,350 on notice and nearly 45,000 installations cancelled across the UK as a direct result of Coalition delays in the introduction of the Green Deal and Energy Company Obligation (ECO).
The £750m insulation industry has twice written to Government calling for urgent talks to avert the crisis in this industry.
John Sinfield, IIF Spokesman and MD of Knauf Insulation Northern Europe said:
“The insulation industry in the UK is in crisis. Today’s figures show that a number of companies across the country are faced with the prospect of having to close their doors – permanently.
The crisis in the insulation industry is much worse than previously thought. This is having a hugely detrimental effect on the livelihoods of workers right across the UK. The Insulation Industry Forum has now written to DECC twice asking for an urgent meeting to resolve the crisis. At the coldest time of the year, companies across the country are faced with the real prospect of having to shut their doors for good, leaving houses freezing and thousands unemployed. DECC’s response so far has been to ignore our warnings and the issue.”
Commenting on these new figures, Shadow Climate Change Minister, Luciana Berger MP said:
“These job loss figures expose the effects of the chaotic Green Deal and ECO launch and show it is much worse than was previously thought. It’s wrong that more than four thousand hard working people and their families are paying the price for this Government’s incompetence. With so many orders being cancelled or put on hold, urgent action is needed before the situation gets any worse.
Greg Barker and the rest of DECC need to wake up to the mess they’ve created, get around the table with the insulation industry and try to find a way to clear it up.”
This week Greg Barker, Minister of State for Energy and Climate Change, appeared on the Boulton & Co programme on Sky claiming that the funding crisis was only in the cavity and wall insulation sectors, however the IIF has confirmed that at least 13,000 orders for solid wall installations had also been cancelled or put on hold. Today the IIF warns of more solid wall job losses if the Government does not act urgently.
This situation has been caused by the Department of Energy and Climate Change’s (DECC) failure to plan any transitional measures in between the ending of the Carbon Emissions Reduction Target (CERT) and the Community Energy Saving Programme (CESP), and the start of the Green Deal and ECO. The IIF has twice written to Ed Davey asking for an urgent meeting to address the crisis in the sector.
Both times, the Government has ignored the group. The IIF believes the new numbers clearly demonstrate DECC’s failure to understand the extent of the crisis.