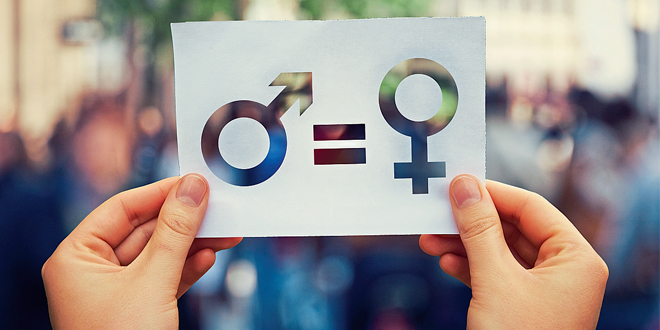 Posted by: jsharpe on October 31, 2019 in Articles Leave a comment

Jo Alsop from the Heating Hub encourages everyone in the heating and plumbing industry to challenge their biases when it comes to women engineers.

In the summer I attended the Women Installers Together (WIT) Conference, organised and hosted by the pioneering Hattie Hasan and her team.

As a curious type I always like to hear a bit of social analysis, so Hattie’s opener on unconscious bias was a treat. Did you know that we are rarely intentionally sexist or prejudiced?

We write ourselves a story based on experience and then our brains relay it to us as truth – this is unconscious bias.

For example, ‘women can’t drive’, therefore we are surprised to see a female F1 driver. ‘Women are too weak to plumb’, so we wonder how they will get a bath fitted. Such ‘facts’ are cultivated by our brains over time and are difficult to reverse, but understanding it is incredibly enlightening, particularly in a male-dominated industry.

During our round table discussion one delegate understood this completely. She talked very fondly of being called ‘Doris’ for the first year of her apprenticeship by a much older, and clearly very old-fashioned, male plumber.

Rather than take offence, she took it as it was probably intended – a form of acceptance – and gave him the respect he had earned as a highly skilled plumber. She said: “We are stepping into a man’s world and asking to be taught and we need to respect that.”

It was a surprising and phenomenally well adjusted statement. The #metoo movement has accelerated the collective consciousness of how women have long wanted to be perceived and treated. If even the most modern of men have cause to second guess themselves, so older generations can find themselves dangerously far removed from what is appropriate workplace conduct.

As women, we have to judge carefully how we react to the discrepancy between what the male/female work relationship should look like and what it is at the moment.

The table agreed, but another delegate added: “They must respect that we can do it too”. As a mature student, she was able to encourage her fellow male students to reflect on their misconceptions around female abilities and accept her as an equal. When only ability is relevant, gender ceases to become visible.

The upshot was for me a blueprint for the short term that can be applied almost anywhere. Be patient and tolerant of old-fashioned views where they do not mean any harm. Take a firm but pleasant approach to changing the opinions of your peers by showing them you can.

In the long term, we just need to give it time for our brains to witness women in trades until it is no longer surprising, it is normal – but full ‘social norm’ status may take a generation or two.

Jo ran a successful heating business for a decade and her blogs attract 250,000 visitors. In 2018 she converted her website into a domestic heating platform giving impartial guidance to customers and connecting them with a local heating company. Find her bite-sized blogs on Twitter @theheatinghub