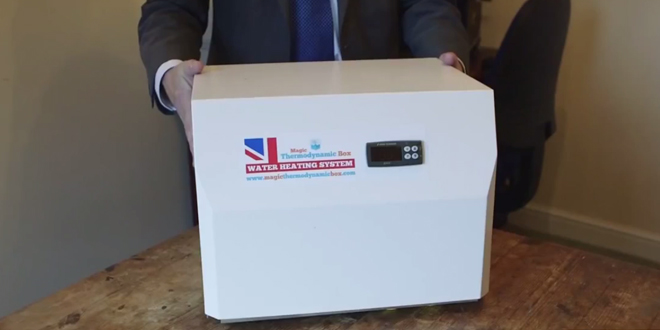 Posted by: jsharpe on November 2, 2015 in Industry News, Product News Leave a comment This means that the Essex-based company have made history as they are the first company in the UK to have an MCS approved Thermodynamic product and the first company in the world to have a Thermodynamic product that can be retro-fitted to an existing hot water system approved by the MCS which will completely change the renewable energy market place for both businesses that sell renewable energy and the consumers.

After inventing the products and then working on the steering group with the MCS for nearly two years to create a new category for Thermodynamics it can now be confirmed that the technology will now be listed under its new category, Solar Assisted Heat Pump. After several weeks of testing at BRE in Watford the company now have the approval from the MCS given the product and the company even more credibility.

Today’s need to combat climate change, and the significant economic and social issues that the countries now face for example, energy poverty. BRE is an independent research-based consultancy, testing and training organisation, offering credible factual advice in every aspect of the built environment and associated industries. BRE help clients create better, safer and more sustainable products, buildings, communities and businesses – they also help business achieved the  innovation needed to achieve Eco-friendly reliable products and is regarded as one of the most credible test canter’s in the world within our industry.

Prince Charles himself has collaborated with BRE with the Prince’s Natural House which  is a high-profile building project which was constructed at (BRE), in collaboration with Natural Building Technologies and Kingerlee Homes. The Prince’s Natural House was officially opened for the first time by the Housing Minister, Grant Shapps, “The Prince’s Foundation has proved that Great British Design doesn’t need to be sacrificed to make our homes zero carbon” said Grant Shapps. BRE’s primary aim is to promote this long term project to show that it is very easy to make consumer choices that lead to lower with current economic concerns such a high energy bills which have been a real driving factor for people when making decisions about their homes.

The Little Magic Thermodynamic Box is an Intelligent renewable energy product that consists of the an aluminium Thermodynamic panel that works day and night. It requires no maintenance, can be installed anywhere on the outside of the property and will save the user up to 80% on domestic hot water energy usage saving homeowners £100s per year on forever rising energy bills.