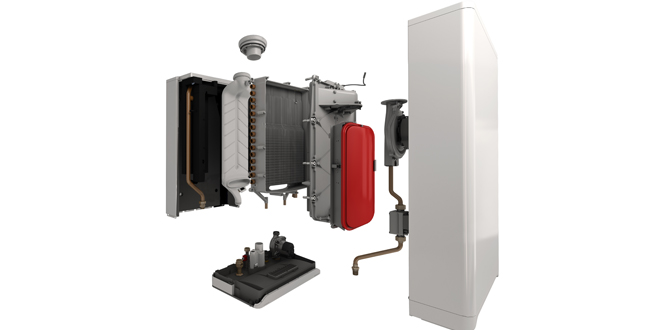 Posted by: jsharpe on February 22, 2019 in Industry News Leave a comment

As school children strike to save the planet from environmental pollution and Brussels takes Great Britain to task over its breach of NOx levels, we now learn that 14% of harmful emissions come from our homes and the domestic gas boiler is the main culprit.

According to the London Atmospheric Emissions Inventory (LAEI), emissions from domestic gas combustion has been identified as the second largest individual source of NOx pollution in London, after transport emissions, and is predicted to replace transport as the largest source of NOx by 2025.

Replacing boilers with heat pumps or networks of hot water pipes, which has been recommended by the Committee on Climate Change, is not going to be fast or easy to adopt, but pioneering Dutch boiler manufacturer, Intergas, has a solution that is. The R&D team at its head office in Coevorden has created the lowest NOx boilers in the world, the Xtreme and the Xclusive, and both have NOx emission levels as low as 17.06mg/kWh. The Xtreme also has a built-in passive flue gas heat recovery unit to further reduce emissions of CO2.

NOx or oxides of nitrogen are atmospheric pollutants created when fossil fuels are burned. They can react in sunlight to produce a hazy, harmful smog and, when dissolved in water in the clouds, form an acidic solution that contributes to acid rain. Breathing air with a high concentration of NOx can irritate the airways and longer exposures to elevated concentrations may contribute to the development of asthma and potentially increase susceptibility to respiratory infections. People with asthma, as well as children and the elderly, are at the greatest risk.

As a country we’ve been reducing polluting emissions every year, and the heating and ventilation industry plays its part in doing this. There are already boilers with NOx emissions of under 30mg/kWh, but at Intergas we are taking the lead on this increasingly important issue and our new low-NOx gas boilers only emit between 17.06-20.33 mg/kWh.

For a number of years now transport has been the focal point for emissions reduction and now there’s an ever-growing number of hybrid cars on our roads, but until the charging infrastructure and range are improved, going all-electric is not yet a viable option. There are no infrastructure issues with boilers, and home owners, landlords and housing associations can act now to start reducing NOx pollution.

A solution to non-compliant plastic flues in high rise buildings