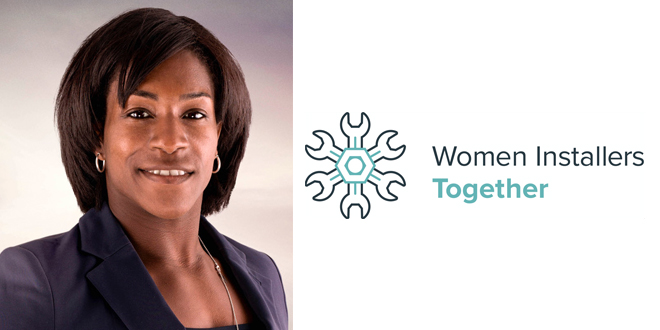 Posted by: jsharpe on April 29, 2019 in Industry News Leave a comment

Organisers of WIT 2019 are delighted to announce that the conference’s headline speaker will be Maggie Alphonsi MBE, the face of international women’s rugby.

Maggie has represented her country an impressive 74 times, won a World Cup and helped England win a record breaking seven consecutive Six Nations crowns. In 2015, after retiring from rugby, Maggie became the first ever former female player to commentate on men’s international rugby when she was signed up by ITV for the Rugby World Cup. She certainly understands what it’s like to excel in a male dominated job.

The event is shaping up with an impressive array of sponsors and supporters: Stopcocks Women Plumbers and Polypipe Trade are once again event partners, with Monument Tools Ltd headline sponsor, joining the event again are Graham The Plumber’s Merchant, Base PPE, Calor Installer, Fernox and Vaillant UK with several new sponsors in negotiation.

Hattie Hasan,  behind driving force behind the conference said:

“This year’s conference looks set to be the best one yet. We’re delighted to welcome new sponsors and very excited that Maggie Alphonsi is going to share her stories with us.

“The percentage of women plumbers is still one of the lowest of all jobs at around 1% and female gas engineers are estimated at around 500 out of 100000.  The skills gap shows no signs of decreasing and women want to enter the industry, but just last month we were told of a 9 year old girl being laughed at when she told the other girls at school she wanted to be a plumber.

“Clearly there is still work to be done in the industry and outside world. “

The WIT Conference is the only event of its kind in UK and is a celebration of the women plumbers succeeding. It is supported by several major companies in the plumbing and heating industry and is now in its third year.

For tickets and information about the WIT Conference go here https://witconference2019.eventbrite.co.uk