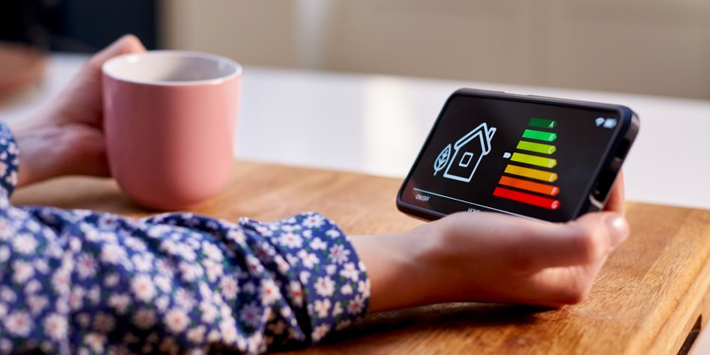 The £1.1m scheme, carried out in partnership with Halton Housing, Leeds Beckett University and UCL, tested and developed eight different meters that measure thermal performance in 30 homes – two-storey houses and single-storey bungalows built between around 1927 and 1990.

Researchers found that the concept of using smart meter data to measure thermal performance is effective. SMETERs could play a role, not only in the energy rating of homes, but also in quantifying the improvement to energy efficiency following refurbishment and identifying under-performance of new homes.

Loughborough led the evaluation phase which was aimed as measuring the Heat Transfer coefficient (HTC) in a blind trial against HTC as measured using a gold standard physical method (co-heating test).

The SMETER innovation competition technical evaluation report has now been published, including details of the individual performance of the different SMETER products which took part in the trial.

Dr David Allinson, of the Building Energy Research Group (BERG) in Loughborough’s School of Architecture, Building and Civil Engineering, said: “The SMETER Programme has demonstrated that we can measure the performance of our homes in a relatively inexpensive and non-intrusive way using smart meter data.

“National implementation of in-use performance metrics for buildings would be a world-first and could help ensure that we all live in better performing homes that really do save energy, are less expensive to heat, and do reduce our harmful carbon emissions.

“It is exciting to be working with fantastic collaborators at the forefront of research and innovation in this important area.”

Following the success of this work, BEIS has commissioned AECOM and Loughborough University to support a new SMETER Business Process Design project, phase 1 of which is now underway.

The goal of this project is to develop analysis which enables BEIS and DLUHC to reach conclusions on the feasibility, approach, and business case for developing arrangements for the national implementation of in-use performance metrics in support of Net Zero housing and heating.

Lee Reevell, Head of Innovation and Architecture at Halton Housing, said: “Social landlords have big targets to hit, with a minimum EPC requirement of C by 2035 and NetZero by 2050.

“With a combined total of 4.1 million social homes in the UK we understand the importance to the sector of developing new approaches to measuring the heat transfer coefficient (HTC) of our homes.

“The SMETER innovation programme has allowed us to understand how our buildings are performing, which measures we can take to improve their performance to meet new legislative requirement, as well as addressing fuel poverty in low-income households.”