Posted on August 5, 2013 by Installer Online 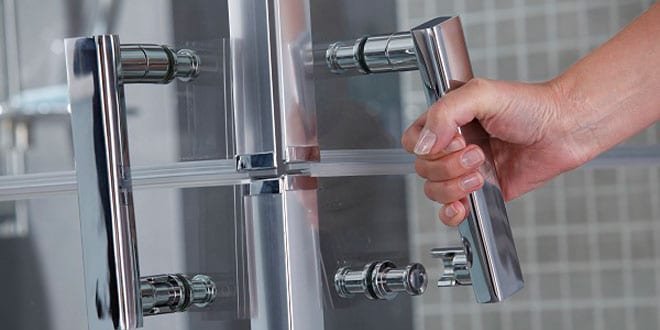 AKW points to industry misconceptions on the requirements for shower screen glass. Although some in the industry claim that 8mm is the standard required thickness for shower screen glass, independent living solutions provider AKW says that this is a misconception that could be misleading customers and causing them to opt for unnecessarily heavy shower screens and doors.
The key, says AKW, is to look for shower screens and doors that are manufactured to the standards of BS EN 14428:2004 – Shower enclosures – functional requirements and test methods’.  Wendy Ryley, Product Director of AKW says:  “We have seen recent reports stating that wet room enclosures should comply with BS EN 12150, implying that this states that shower screen glass should be a minimum of 8mm thick.  British Standards do not, in fact, lay down a specific requirement for the thickness of the glass used in shower or wet room enclosures.
“BS EN 1250 is the standard which applies to thermally toughened soda lime silicate safety glass used in domestic buildings.  The most important standard to look for when choosing a shower screen or wet room enclosure is BS EN 14428 which covers all aspects of the construction, not just the glass.  This standard encompasses the requirements of EN12150 for the glass used, but it is BS EN 14428 that covers the whole enclosure.”
While requiring that the glass used in enclosures meets BS EN 1250, BS EN 14428 sets out its own test for impact resistance and shatter properties.  In terms of glass safety, the shower standard also requires that glass be tested for stability in accordance with the requirements for impact resistance, stating that they “shall withstand an energy representing the impact of a human body on a large impact area (eg blow from a shoulder, fall) without any functional deterioration which could result in injury to the user”.
AKW’s Larenco shower enclosure range  meet all of the requirements of BS EN 12150, but more importantly are further tested to BS EN 14428.  In addition, AKW uses 6mm toughened safety glass that has been subjected to the US standard ANSI Z97.1 and the Canadian standard CAN/CGSB-12.1-M90, plus are tested to the  US standard IGC154 and Canadian standard CSA B45, both being recognised as even more stringent than the British Standards.
Wendy Ryley explains:  “AKW are an established and well recognised supplier to local authorities and the care sector.  Safety is the prime consideration for any product we design and we would not put our name to anything that we did not have total confidence in.  Our aim in designing the Larenco range was to create a suite of shower enclosures that would have mainstream attraction in terms of aesthetics, but we  never lose sight of the correct British Standards compliance.  We believe that there are advantages to 6mm glass over 8mm or thicker glass. In particular it is a lighter weight door making it easier for the user to open – something we have to be particularly aware of in the care market – plus it puts less stress on the door hinges, which is important for long-term performance.  Meeting the tightest British, American and Canadian standards are paramount, of which we are proud to have achieved.” 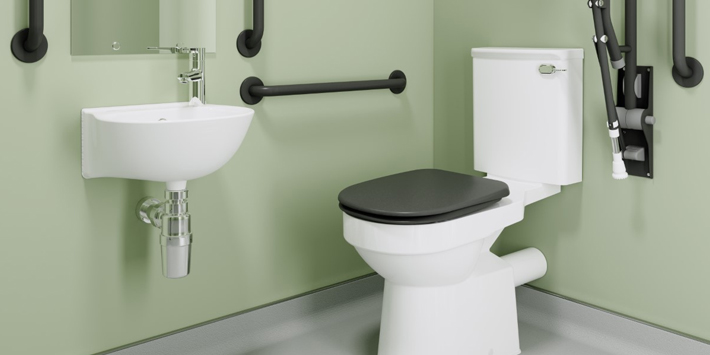 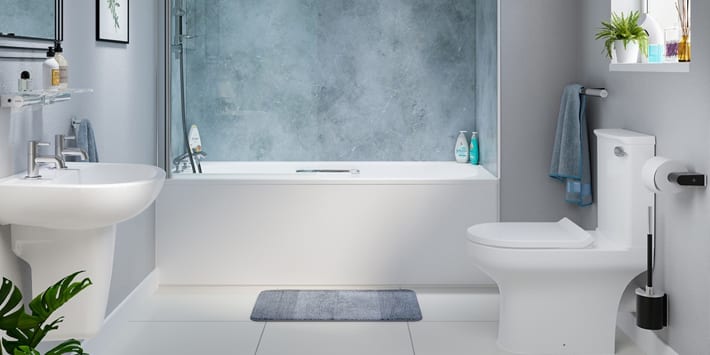