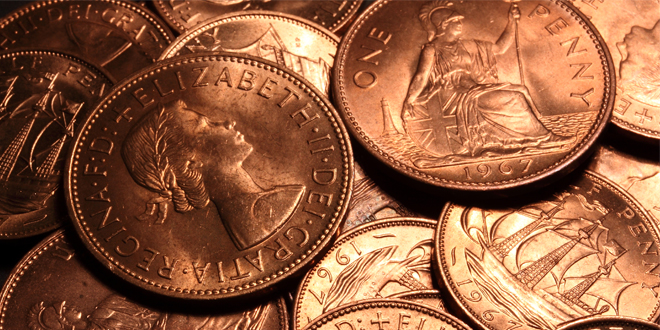 Posted by: jsharpe on August 11, 2015 in Industry News Leave a comment

How much brain power can a penny buy?

A single penny could buy over 3 hours of thought according to study which examined the energy needed to run a human brain based on UK energy prices. The University of Leicester tested the popular phrase ‘A penny for your thoughts’ and found a penny could purchase 3 hours, 7 minutes and 30 seconds of thought.

The study study calculated that the power necessary to run a human brain and produce thought is roughly 20 watts.

To apply monetary value to thought, the price per kilowatt hour (kWh) charged by UK energy companies was calculated, settling on 16 pence per kWh.

Assuming that it is possible to think as fast as you can speak, the study suggests that 3 hours, 7 minutes and 30 seconds of thought and speech can be bought with a penny.

Student Osarenkhoe Uwuigbe said: “This model is likely to be an underestimate as power required for the brain to operate does not necessarily translate to power used in thought. The brain has several autonomic functions it carries out during thought processing and as a result thought processing could not take 100% of the power consumption of the brain.

“Furthermore, it is unlikely that it is possible to think as fast as you speak due to delay caused by biological constrains such as conduction velocity of nerves carrying the signal from the brain to the mouth, the release of Ca2+ ions during muscle contraction of the tongue and lips and so on.”