Posted on November 6, 2014 by Installer Online 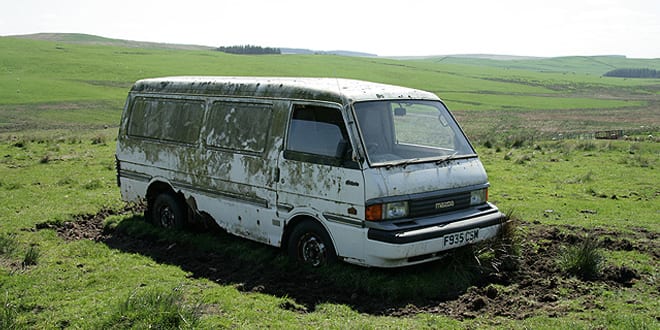 New research shows that installers who look after their vans could be more successful than those who don’t.
Lex Autolease spoke to 2,000 consumers about the impressions of tradespeople from their vans. The results show that first impressions count for plenty as nearly two thirds of those surveyed would not rehire a tradesperson based on the condition of their vehicle.
– Nearly two thirds of consumers are influenced by the condition of a vehicle when considering to rehire a tradesperson
– Nine out of ten (88 per cent) British consumers feel that tradesmen should take greater care in the appearance of their vans
– A van’s state of repair and cleanliness have greatest impact on consumers’ first impressions
– Vans in bad shape are closely associated with poor service and the potential to be ‘ripped off’
– East Anglia, London and Yorkshire identified as ‘fussiest’ regions
Nearly nine out of ten respondents (88 per cent) felt that most tradespeople should take greater care in the appearance of their vans than they do now, while the condition of a vehicle would put off nearly two thirds of consumers (63 per cent) from rehiring.
This is according to research from leading fleet management provider, Lex Autolease, which surveyed the views of 2,000 consumers from across the country. The research revealed that British tradesmen should not underestimate the importance of first impressions or risk losing repeat business due to dirty and neglected vans.
Nationally, ‘condition of repair’ was identified as the biggest factor in shaping a consumer’s first impression (40 per cent of respondents) and was most associated with poor service and the potential to be ‘ripped off’. The same adjectives were also closely associated with tradesmen that run vans with unclear signage and livery.
Cleanliness was the second biggest concern for consumers, as identified by a quarter (26 per cent) of respondents, with a dirty van most closely linked to poor service and an inconsiderate driver or business. Meanwhile, over a third (38 per cent) of consumers felt that new or high quality vans suggested an experienced tradesperson.
People in East Anglia had the strongest views on the state of vans coming to their home with nearly three quarters (71 per cent) of consumers in the region claiming that they would think again about rehiring a tradesperson that turned up in an unsightly van.
The buying decisions of Londoners and Yorkshire men and women (67 per cent) would also be strongly influenced by the condition of visiting van, while consumers in Wales (51 per cent), Scotland (56 per cent) and North East (58 per cent) were the least fussy.
Tony Murtagh, head of SME Direct at Lex Autolease, said: “Repeat custom is absolutely vital to the success of any business, but it appears that many SMEs could be falling at the first hurdle and putting off consumers before they even start a job.
“Trade vans act as ‘calling cards’ and play an important role in forming people’s first impressions of a business. Our research shows that the British public are quite discerning. They will draw conclusions on the quality of a business’ goods and services by the condition of its vans, paying particular attention to cleanliness and state of repair, which can have a significant bearing on buying decisions.”
However, British consumers appear to live up to the national stereotype of politeness. Only seven per cent of respondents have asked a tradesperson to park their vehicle away from their house due to how it looked and nine per cent have turned away a van because of its condition.