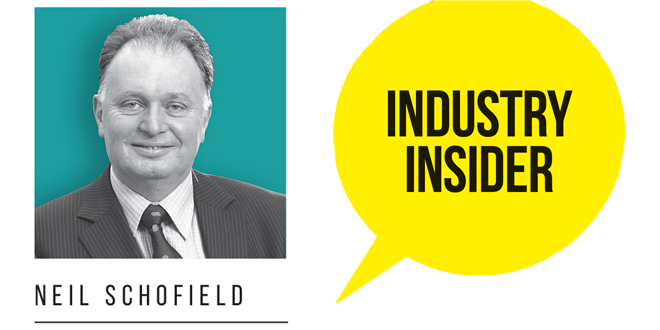 Posted by: jsharpe on July 29, 2019 in Installer Blog Leave a comment

Neil Schofield – Head of Government and External Affairs for Worcester Bosch Group, takes a look at the new PAS 2035 initiative.

So your boiler of 15 years breaks down. Time to get a new one. You get in touch with an installer for a new one, they visit the house to inspect the job, and return a couple of days later to fit the new one. Simple right?

This process happens roughly 6,000 times a day in the UK, averaging at 1.7million times a year. This fairly seamless process doesn’t seem to be broken to me, or the industry – so why fix it?

Well, a bunch of certification bodies have decided that change is needed and have dreamt up PAS 2035. It’s a new standard which introduces a number of new and confusing steps for those required to fit energy efficiency measures – such as heating appliances. But why has this been introduced?

Firstly, PAS 2035 hasn’t come from the minds of anybody in the industry. In fact, none of us were invited to the process. It is the certification market that will gain from introducing this extra compliance, not the installer and definitely not the end user.

I’ve seen the steps and it looks like there are at least two new job roles that have been introduced – a retrofit project manager and a retrofit designer. My questions to the PAS 2035 panel – what on earth are these? Is that just an installer with a different name?

Installers have been fitting boilers all their working lives, what has ‘suddenly gone wrong’ that you decided more people need to be involved?

I think the answer is money. I can imagine a Mr. Burns-esque character wringing his hands as people across the country go without heating for days or weeks at a time.

That’s the real issue here. Aside from making the process longer and more complicated for installers (for no logical reason I can see!), it is the homeowner who will be most affected. You can imagine with two more parties involved, the costs for installing a new boiler will go up – and it will be the homeowner who pays.

What’s more, if you wake up with no heating or hot water you are going to want to have the problem fixed as soon as possible.

Not many people decide to replace their boiler unless it stops working. So, imagine you are distressed in a freezing cold house and yet you have no choice but to wait for three different people to turn up, at most likely different times… before you even know when the boiler will be fitted!

This is going to be extremely annoying for any homeowner, and with that average of 6,000 boilers being replaced a day… that’s a lot of cold, angry people.

Basically, this is another example of a regulation body that hasn’t approached the industry it will be affecting for any advice.

As someone in the heating industry, and a homeowner… I’ll pass on PAS 2035.

Update: It’s worth nothing that PAS 2035 relates to ECO funded boilers initially however, the phrase “thin end of the wedge” is what we’re worried about as there are strong indications that any boiler installations funded by the Government are in line, such as Local Authority refurbs.

Will we then see some of the finance companies insist that private customers can only buy a boiler installation on finance if it is installed to PAS 20235? These schemes start to gain traction unless they are strongly “nipped in the bud”.