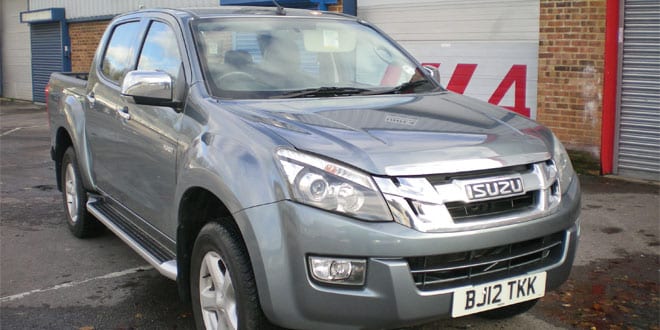 What the pick-up truck lacks in practical terms, it more than makes up for in the looks department – hence its enduring appeal with installers. Gary Squires climbs into the cab of the Isuzu D-Max Yukon to see if it’s more style or substance.

There is something undeniably attractive about driving around between jobs in a beast of a pick-up truck, and this offering from Isuzu certainly has a lot of initial kerb appeal. It looks strong, robust and solid – perfect for taking on the weather at this time of year.
The double cab adds additional appeal as it allows the D-Max Yukon to double-up as a car on the weekends – tempting for the tradesman who’s also a family man. Certainly, after being a little disappointed with the last pick-up I tested, I was eager for my faith to be restored.

On the road
I found it to be a comfortable driving experience. As you would expect, it doesn’t handle quite as well as a car or a normal van – possibly because of the suspension travel and the tyres – but it wasn’t terrible by any standards. It sits comfortably on normal roads at reasonable road speeds, and it was quite at home around twisty country lanes, though some corners needed to be taken at a slower pace due to the body roll, which in itself isn’t a bad thing.
The initial pull away isn’t very swift, but – once you get out of first gear and moving – it is very respectable for a truck of its size and weight. You could almost do away with first gear unless towing. On motorways and fast roads it has enough power to keep up and overtake as necessary. It doesn’t have fantastic acceleration in any gear but that’s not what it was built for. Crucially, the brakes were very good and it was quite agile for its size.
When it comes to manoeuvring, it is not the easiest truck to park – especially as it is tricky to judge the end of the truck when reversing. Reversing sensors would definit
ely make it easier.
What is surprising about driving the Yukon is that it doesn’t feel that big until you try to get it into a car park space – that’s when you need your wits about you.
In terms of fuel consumption, it only returned an average of 28mpg, which was disappointing – especially when considering the officially claimed consumption figures.
Inside story
Moving into the cab, I found it to be a very comfortable driving environment. All the controls were well placed and it was well equipped with Bluetooth, iPod connection and cruise control to name but a few of the standard items fitted. There was also plenty of storage space for stashing all those everyday work essentials.
The overriding feeling about the Yukon is that everything is well built. It all had a solid chunky feel to it and has clearly been built as a workhorse rather than as a show piece. The doors all close with a solid clunk, the dials all turn with a positive click, and you could operate most of the controls wearing thick gloves.
Like all trucks of this type, I’m not convinced that it is a very practical option for general gas installers simply because of the lack of a secure storage hold. However, it’d be worth considering a hard-top roof on the back and a pipe tube on the roof to make it a more sensible option.
Where a 434 does come into its own, though, is when the weather is bad – especially if you live in rural areas. If it can make the difference between reaching a job and not, then it can be worth its weight in gold.
Overall impressions
This is a great-looking truck, which would be quite high on my wish list if I lived in a rural area. It’s certainly solidly built and, matching that with Isuzu’s reputation for reliability, gives you a vehicle that should last forever. It’s certainly better than some other trucks in this class, though unfortunately not top of the list.
The things that impressed me the most were how much torque it had (it genuinely felt that it could pull a house down), how comfortable it was to drive around, and how solid and well put-together all the controls were.
The only real downside to this truck is that I found it had a massive blind spot. When overtaking – or being overtaken – the other vehicle disappears from sight for what felt to me like an incredibly long time, which does make it a less relaxing drive. My other gripe – and this is purely matter of taste – was that the radio was quite fiddly. I would quite happily request the standard CD/radio if buying one of these as I thought the fancy one installed in this truck was definitely overkill.
Anyone looking to buy one of these double-cab pick-ups will realise that they aren’t a cheap option. However, if you’re planning to take advantage of the five seats by using it as a car and van, your overall outgoings will be reduced quite considerably.
In short, this is the Royal Marine of trucks – rugged, tough and there to do a job. 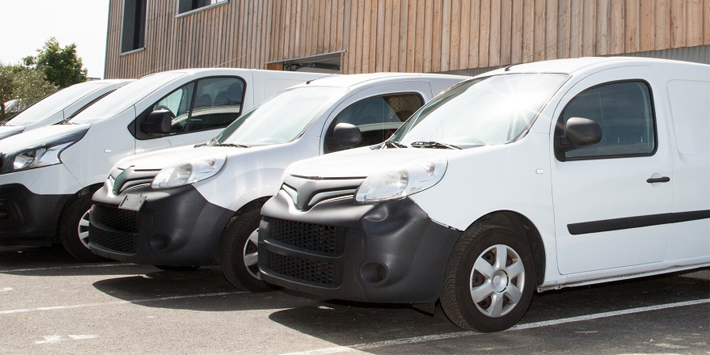 What does UK law say about vehicle tracking? 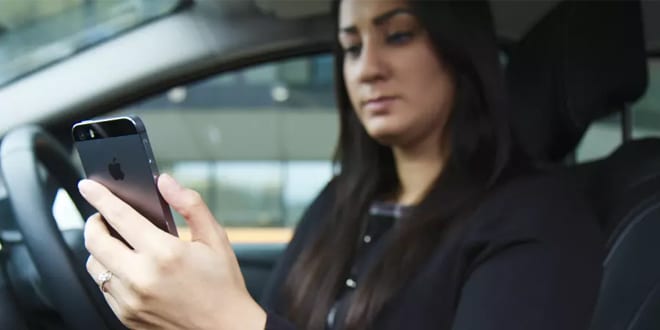