Plumber donates over 80 Christmas hampers to those in need

Home » Plumber donates over 80 Christmas hampers to those in need 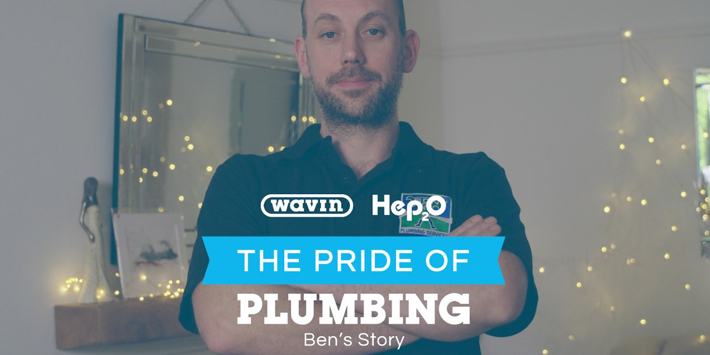 Wavin Hep2O’s Pride of Plumbing campaign is coming to an emotional end, with the final story highlighting Ben Faherty, owner and Director of BON Plumbing Services.

Ben was nominated for Pride of Plumbing 2021 for delivering over 80 Christmas hampers to those in need in the Wirral. The idea was prompted by a conversation between Ben and friend Ritchie, a housing officer working with vulnerable people, who mentioned that food banks in their local area could only be frequented four times a year due to the pressures of Covid.

Ben explained: “Just the idea of someone turning up to the food banks and being turned away because they had been four times previously seemed really bizarre, especially at Christmas. So, Ritchie and I decided to make the hampers ourselves and, because of his work with vulnerable people, we were able to identify and get them to those who needed them the most.”

Ben wanted the hampers to be extra special, so he ensured that the food was selected from luxury supermarket lines and included handwritten cards from Ben’s son, Owen. When Ben’s customers heard about the idea, they wanted to get behind it and showed their support by raising £1,000. Ben’s company then contributed an additional £500 to make sure that nobody missed out on a special Christmas.

Ben believes in having strong community values and was able to witness for himself the effects that pulling together to help those in need can have. He said: “From a young age, I had a strong sense of community and believe that we’d all be better off if we were all to pitch in together.

“When we dropped off the hampers to the charities, a couple of people working there became quite emotional and you could see the stress they were under while trying to provide for vulnerable people. You could tell it really meant a lot what we were doing and that it was making a huge difference to the community.”

Attesting to Ben’s community spirit, his wife, Nikki Faherty, commented: “He is always putting everyone before himself. I would say that sometimes he spreads himself too thin and I have to remind him to take care of himself because, to him, everyone else comes first: his family, friends, lads in the business and customers.”

Watch the full video and learn more about Ben’s story and recap on all the Pride of Plumbing stories.