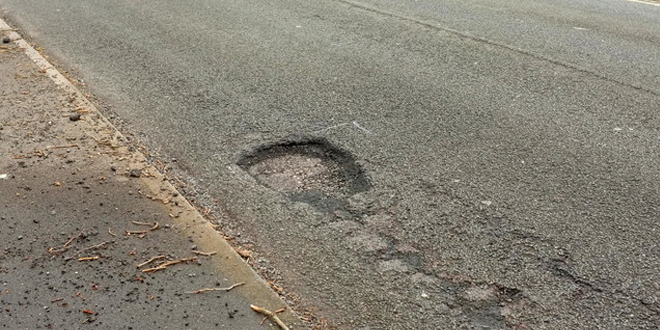 Posted by: jsharpe on July 2, 2019 in Vehicles Leave a comment

The government’s Transport Select Committee has issued a report stating that the current short-term approach to financing road maintenance as being “not fit for purpose” – which IAM RoadSmart, the UK’s biggest independent road safety charity, agrees with.

The report says: “Potholes are a headache for everyone and a severe risk for many, says the report. A deteriorating local road network undermines local economic performance and results in direct costs to taxpayers, either through rising costs of deferred work or through a mend and make do approach that does not represent good value for money in the long-term.

“It also damages vehicles and causes injuries to passengers, particularly those with existing medical conditions,” it added.

IAM RoadSmart has backed calls for a long-term plan to tackle the ‘national scandal’ of potholes on UK roads – saying nearly half of people it surveyed have experienced pothole damage to their vehicles.

A previous survey of more than 7,000 members responded on line with a clear majority thinking that our roads have become much worse in recent years, that there are many more potholes than ever before, and that they have to swerve to avoid potholes on every journey.

Rodney Kumar, IAM RoadSmart spokesman, said: “While we understand that local government funding has been cut, the effect of pothole damage to beleaguered British motorists is huge. It costs them a fortune, stops them getting to work and has a detrimental effect on the economy.

“It really is time to ring-fence funds for tackling this pothole epidemic, and get the problem sorted once and for all.”

How much do potholes cost UK drivers every year?