Posted on February 7, 2013 by Installer Online 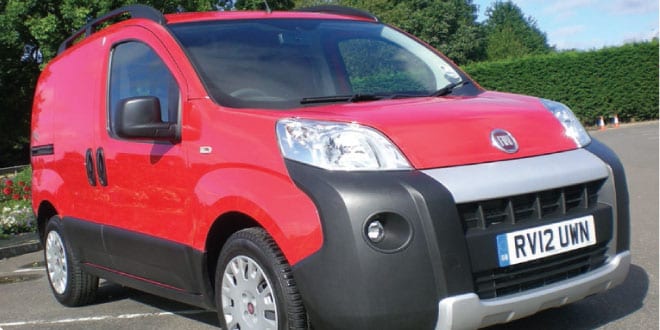 When Installer’s wheel man Gary Squires first starting working in the heating industry, he was given a Fiat Fiorino as his company van. Now, 25 years later, he climbs back into the cab of a Fiorino to see if it still feels like an old friend.

Over 25 years ago I had a Fiat Fiorino as a company van, and it was old when it was first given to me. My boss at the time promised that when it wouldn’t go any more, he’d get me a new one. That van never missed a beat in all weather conditions, no matter what I did to it – my Fiorino lasted for years despite my best efforts. I am hoping that this van could be just as reliable and solid.
For years I’ve always been a fan of larger vans, but I’m starting to feel drawn towards the smaller, more economical vans. After all, most plumbers’ merchants these days deliver the materials, so does it really make sense to be driving around in a large, hard-to-park, uneconomical van that doesn’t fit into underground car parks?
On the road
The Fiorino’s handling is good thanks to the firm, responsive steering. Most of the time, it felt more like a car to drive and was really quite nippy. I would go as far as to say it was quite fun to drive on both side roads and the odd twisty country lane.
I was also pleasantly surprised by how responsive it was for a small van considering that it only has a 1. 3 diesel engine. Fiat haven’t set out to build a van with an excessive top speed, but it is certainly respectable enough. Realistically, if you’re considering buying this van then it’s more the economy and size that will influence your decision. The brakes were very good in all conditions and, due to its size and good steering, the Fiorino felt very agile – a real blessing when wrestling with rush-hour traffic.
This van was quite easy to park – again because of the size, a good steering lock and responsive control. One downside, though, is that the vision out of the rear window is compromised, but the rear parking sensors and good, unobstructed vision through the two side mirrors dealt with this issue.
The on-board fuel gauge showed a fuel consumption of over 65mpg when driven on the motorway at the national speed limit. When I slowed down, this increased further. The appeal of an economic van is increasing as the cost of fuel increases and job quotes become more competitive.
Inside story
I found the driver’s seat – often a make-or-break for me – to be quite comfortable. It adjusted for height as well as all the normal seat adjustments you expect nowadays. In addition, there was plenty of space to move the driver’s seat back so even very tall drivers would be able to drive with some degree of comfort, which is quite unusual for small vans. It also came with a lumbar support and an armrest.
I like to sit in quite an elevated driving position, which was possible in this van due to the seat adjustments. However, if you generally sit in a lower position or are less that 6 ft tall you may find it difficult to see the front of the bonnet.
The controls were all easy to use and easy to reach. Laid out in a logical order, they all felt solid and robust. The steering wheel is adjustable and, on the model tested, both it and the gear lever were leather, which added a nice touch. Other features included steering wheel controls for the radio, CD and phone, which could also be connected by Bluetooth. Throughout the cab, there were also useful storage holders for pens, coins and drinks. The glovebox was a decent size and should fit any A4 documents, invoices, etc needed for the job.
As with all vans of this size, installers would need to consider buying a roof-mounted pipe storage tube as there isn’t sufficient room in the load area for lengths of copper tube. The load area would be ok for carrying basic tools and some fittings, but larger, heavier objects may be more challenging.
There is an additional feature that I haven’t seen in a small van before – the passenger seat folds flat into the floor area, increasing the length of the load space. This does compromise some comfort for passengers, but if you’re mostly in the van on your own this won’t really matter.
Overall impressions
The Fiat Fiorino has a good overall feel to it. It feels solidly built and is very practical. It has very good fuel economy and service intervals are 20,000 miles. The driving position is fairly comfortable and the cab is well laid out.
There are, however, a few things I didn’t like about this van. One was the large window pillars on the rear doors which – combined with the rear load-protection cage – meant that vision through the rear windows was obstructed. The protection cage also restricts access into the rear load area from the driver’s side.
Finally, there was the issue of the passenger seat. Although it didn’t affect me, it was very uncomfortable and you wouldn’t want to sit on it for long. It doesn’t adjust in any way and has no side bolsters to support you. This could prove awkward for two-man teams needing to travel any distance to jobs.
Although small vans have never really been my thing, I’m beginning to change my way of thinking. Seeing the space in the back of my own van which rarely gets used, I wonder why I’m driving all this empty space around.
There are plenty of small vans to choose from, but the Fiat Fiorino would be a solid choice. I like the overall finish of the van right down to the bright red paintwork, so if I was a high-mileage sole trader with a reliable merchant nearby, this van would definitely be on my shortlist. 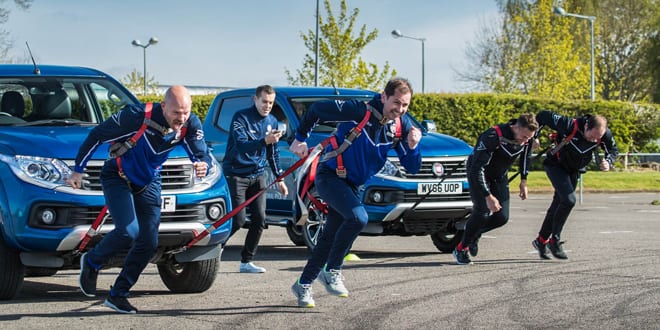 Football vs Rugby – who wins the Fiat Fullback challenge? 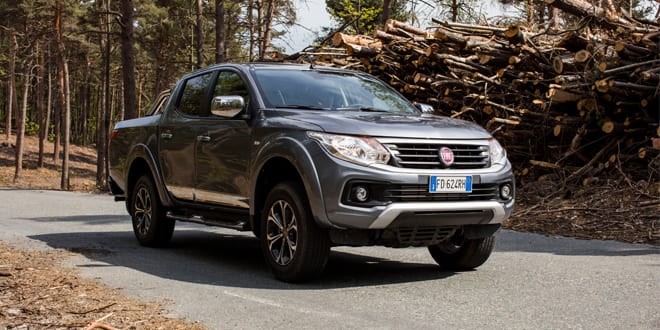