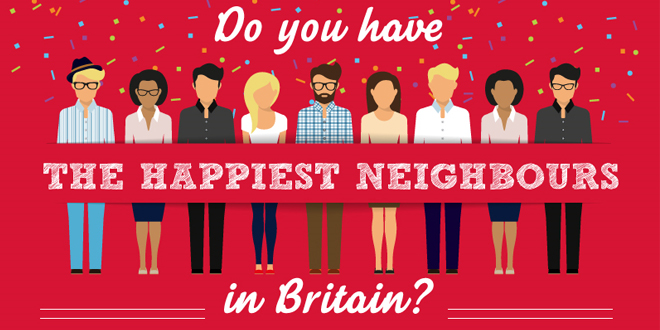 Posted by: jsharpe on November 27, 2015 in Industry News Leave a comment

Forget the “doom and gloom” surveys, a study from leading home assistance company HomeServe has revealed that we’re still a nation of good neighbours and our unique community spirit is very much alive and kicking.

Following a nationwide poll of over 2,000 UK homeowners, more than 83% said their own neighbours have gone out of their way to help them and many know and interact with their neighbours regularly (42%).

Not only that, by using the data from the study, HomeServe-commissioned boffins at research experts Mindlab have uncovered the special formula and blend of common traits that make up the country’s “perfect neighbour”.

Based on the research, the perfect neighbour is most likely to live in a house rather than a flat, lives in Preston, is good at DIY, is 100% reliable in an emergency, is trustworthy and is very sociable with their neighbours.

John Greaves, Brand Director, HomeServe, said: “We like to do things differently at HomeServe, which is why we wanted to focus on the positives and show that – despite what other surveys might say – we are a nation of happy neighbours who go out of their way to help make life easier for each other, just like we do for our Customers.

“We hear stories every day from our engineers across the UK about the examples of neighbourliness they’ve seen and we wanted to uncover what qualities set those really great neighbours apart, and celebrate our community spirit.”

Key findings of the research

Unsurprisingly, trust ranks highest of the list of the most important factors in nice-to-have neighbours, with more than 46% of homeowners polled saying it was most important to them. The trust factor was followed by; being friendly (17% deemed this most important); being helpful (15%); being considerate (13%) and, finally, being vigilant (9%).

Interestingly, 44% are keen to get to know their neighbours better and many would like to organise more social events similar to the street parties held during the Queen’s Diamond Jubilee (27%), community clean ups (25%), DIY skills sharing sessions (25%) and more local fundraisers for local community groups and schools.

The letters contained in the formula are below:

Win an ADEY ProCheck at InstallerFESTIVAL