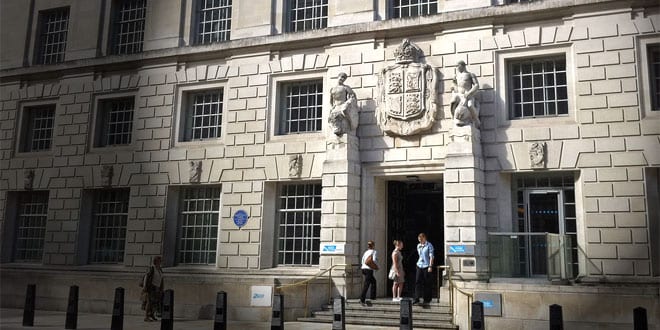 One year on from the launch of the UK’s first ever heat strategy, the Government has today set out the next steps to ensure affordable, secure, low carbon heating plays an important role in the nation’s energy mix, now and in the years to come.
The scale of the challenge is huge, with over 80 per cent of heating used in UK homes, businesses and industry produced by burning fossil fuels, and over a third of the UK’s carbon emissions coming from the energy used to produce heat.
The Government is committed to driving forward the move to low carbon alternatives to cut carbon and help meet renewables targets, and the heat strategy and its follow on action plan published today are an integral part of this vision.
Energy Secretary Edward Davey said:
“If we can increase the use of low carbon heating in our homes, businesses and across our economy, we can help reduce our dependence on costly carbon intense fossil fuels. “Last year we launched the UK’s first ever heat strategy, to get us on the right pathway to decarbonisation and today we have published an update on the progress we have made so far, alongside a new set of actions specifically targeted at industrial heat, urban heat networks and heat in buildings. “Many homes and businesses across the UK have already switched away from fossil fuels and are using kit like biomass boilers, heat pumps and solar thermal panels to provide heat, thanks to Government support, and I want to ensure even more householders and organisations get on board.”
Today’s action plan looks at the potential to cut emissions from heat across the whole UK economy and focuses on a number of key actions to spur on the move to low carbon heating alternatives and drive forward green growth, including:

There are also a number of helpful low carbon heat case studies in the action plan, including the first ever biomethane installation accredited under the RHI in Poundbury, Dorset; Aspire Housing’s work to install low carbon heating in the homes of 56 social tenants; and the gas CHP plant which provides heat to the 72 storeys of the tallest building in Western Europe, the Shard in London.
Update on renewable heat schemes
The Renewable Heat Incentive (RHI) scheme, launched for industrial and commercial customers in November 2011, is a key part of the Government’s approach to cutting carbon and spurring on the uptake of renewable heating kit. As recently announced, DECC is planning to carry out a review of the tariffs under this scheme to drive forward further uptake and has today set out which technologies will be included in this review.
Energy and Climate Change Minister Greg Barker said:
“The Renewable Heat Incentive, which has been available for non domestic investors for over a year, is a key part of our approach to cutting carbon and driving forward the move to more sustainable low carbon heating alternatives.
“So far over 1,000 groups have got on board, and today we have outlined details of our tariff review to help encourage even more organisations to invest. “We remain committed to introducing an incentive scheme for householders too, and have today set out an updated timetable for its launch alongside plans to extend our renewable heat voucher scheme in the meantime.”

The Government remains committed to introducing an RHI for householders, and has today set out an updated timetable for its launch alongside plans to extend the Renewable Heat Premium Payment (RHPP) in the meantime.