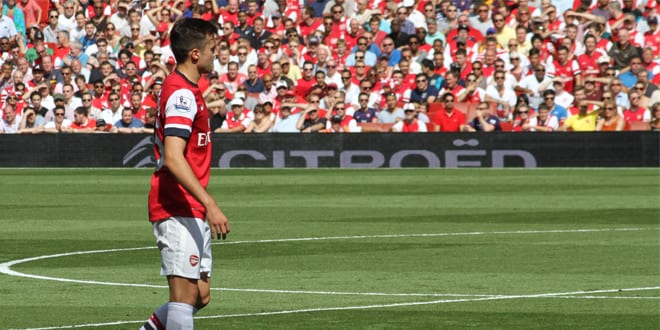 We’ve only just recovered from the excitement of the League Cup and we’ve got another weekend of football to look forward to.
Liverpool and Newcastle both enjoyed wins this week, and go head-to-head in the early game on Saturday, but can the Toon add to their recent scalps of Leicester, Spurs and Man City?
Then there’s the small matter of the Manchester Derby? With City suffering back-to-back losses, and United still struggling to gel, this could be an unpredictable one.
So how can InstallerLEAGUE players earn a few extra points this weekend? We’ve done the scouting so you don’t have to:
GK – Eldin Jakupovic – £4.0m
Bear with us on this one. So Hull are having a decent season but are facing a keeper crisis, with last year’s star performer Allan McGregor, and veteran Steve Harper both injured.
Step forward Eldin Jakupovic, the 30-year-old, one-cap Swiss international who spent a spell on loan at Leyton Orient last season.
With no competition, Jakupovic is guaranteed a few games, and could be a real bargain at £4.0m. He also got seven points last week again Liverpool; fair play.
Def – Carl Jenkinson – £5.0m
A lot of Arsenal fans were a bit miffed when Wenger loaned out Jenkinson to London rivals West Ham. He’s a die-hard Gooner who always played his heart out, but the arrival of Calum Chambers from Saints seemed to spell the end for Carl.
Still, he’s having a good season so far with the Hammers, who are absolutely flying. At 22, Jenno can still improve and he’s starting to pop up with some assists, so InstallerLEAGUE players could be earning some points from the back.
Mid – Rolando Aarons – £5.0m
If this lad carries on playing like he’s been playing, this could be the bargain of the year.
Not many people (even die hard Newcastle fans) would know the name Rolando Aarons at the start of the season, but he’s starting to look like a real player.
After having a very impressive pre-season (when he scored a worldie cross/shot against Schalke – watch it here http://ow.ly/DzQew) the tricky winger started the season well for the Toon, but a hamstring injury kept him on the sidelines.
But now he’s burst back into the frame after his well taken goal against City in Newcastle’s unlikely League Cup win.
Is he the next Raheem Sterling?
For – Charlie Austin – £5.7m
Austin is one of the only positives for QPR this season, who find themselves second-from-bottom of the table.
But up top, Austin is looking impressive with four goals in eight games, including a wonderstrike against Southampton.
With 38 points already, can you afford not to put him in?