Posted on November 21, 2014 by Installer Online 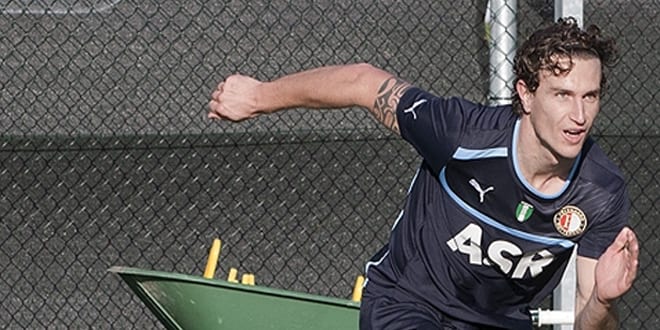 Well the international break was interesting for InstallerLEAGUE players, as Roy’s boys continued their winning streak and remain rooted to the top of their qualifying group (never hurts to get one over on your neighbours either does it?).
But back to the important stuff, and we’ve got another set of tasty games to look forward to, especially Saturday’s clash between Arsenal and Man United.
This one always promises to be a fiery encounter, but will we see more events like “Pizza-gate” when a Gooner player (either Cole or Fàbregas depending on what you read) threw a pizza at United manager Sir Alex?
That’ll take some topping.
So which players should InstallerLEAGUE bosses be looking at before Gameweek 12?
Def – Daryl Janmaat – £5.1m
Newcastle fans were gutted when they lost right back Mathieu Debuchy to prem-rivals Arsenal in the summer, but Alan Pardew might have pulled off a transfer masterstroke.
Pards used just five of the £12million he got for Debuchy to whisk Janmaat (who’s four years younger) away from Feyenoord.
After the Toon’s very shaky start they’re finally looking like they’re gelling, and Janmaat is proving to be as good going forward as he is at defending.
He’s already bagged a goal, and notched two assists in his last game (to add to his clean sheet).
If you’re after a defender that gets goals, Janmaat could be the solution.
Mid – Jack Wilshire – £6.4m
Jackie is in sensational form playing for his country, and he’s bagged four MOTM trophies in four games for England.
His assist for Arsenal colleague Alex Oxlade-Chamberlain’s goal against Scotland was a joy to watch, and if Wilsh can replicate that sort of thing for his club, it could mean some serious points.
Arsenal are having a bit of a blip at the minute, but can Wilshire help get them back to winning ways?
For – Sergio Agüero – £12.7m
This is a risky one for so many reasons. Agüero is the most expensive player in the game and often struggles with injury, but there’s no doubt he’s absolute quality.
He’s a goal machine with pace, skill and a keen eye for goal, and he’s been looking sensational in his last few games for Man City.
At times it seems like Agüero’s doing it on his own, and if he stays fit he’ll guarantee goals and assists.
So is he worth the stellar price tag?