Posted on January 9, 2015 by Installer Online 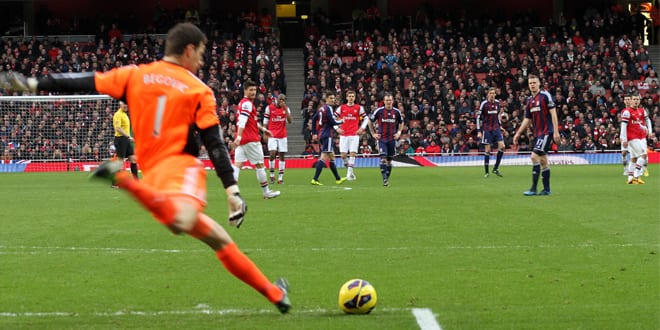 The transfer window is open and the rumour mill is in top gear, but will we see some talent land on our shores?
Is Bony off to City? Is a spectacular Premier League return on the cards for Luis Suárez? And is Messi ready to switch after falling out of love with Barca?
That’s enough to whet the appetite of any InstallerLEAGUE manager, so who should you be looking at to boost your squad?

GK – Asmir Begovic – £4.9m
Here’s a quiz for you? Which team are fourth best in the form league at the moment? That’s right, Stoke (obviously).
Old Sparky has got the team playing some nice football, but defence has always been a strong point for the Potters.
So at £4.9m and with 59 points to his name already, Begovic could be great value. He even snatched a goal last season, so has he got another in his locker?
Def – Danny Rose – £4.8m
He got back in the team with a bang against Chelsea as Spurs knocked off the Champions in a 5-3 thriller at White Hart Lane.
Rose may not have enjoyed the best of starts under new manager Pochettino and has played just five league games this season. But against the Blues the English fullback showed his class, grabbing a goal and an assist.
Tottenham are on a roll at the minute, so transferring a few of their players in could be a clever move.
Mid – Santi Cazorla – £8.2m
While fellow diminutive midfielder Alexis Sánchez is taking a lot of the praise at the Emirates this season, Cazorla has been ticking along with some impressive displays.
The Spanish playmaker has always had good end product, and can chip in with goals and assists.
He’s already bagged 75 points this season, and with Arsenal’s injury troubles in midfield, he could be due a few more.
For – Mauro Zárate – £6.1m
One of the first of the January transfers to go through, Zárate has made the move to QPR on loan from West Ham.
He struggled to get in the Hammers’ team this season, falling behind Sakho, Valencia and Carroll in the pecking order, but the Argentine striker still has 24 points.
He once moved to Lazio for €20million so he’s obviously got something about him, and he could be a bargain if ‘Arry can get him firing.