Posted on February 6, 2015 by Installer Online 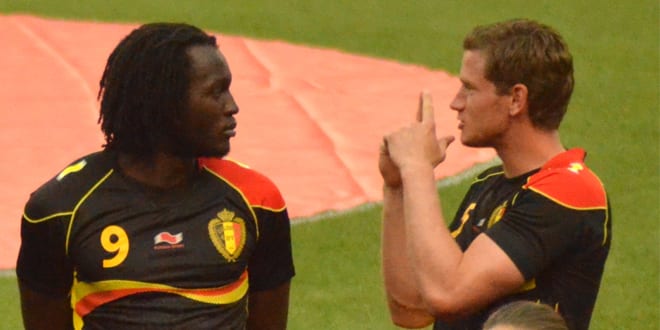 It’s derby weekend with two huge games taking place on Saturday.
First in North London, Tottenham will host Arsenal and try to close the gap on their biggest rivals (PS Walcott is fit, and very popular with Spurs fans after his hand gestures last season).
Then Saturday’s evening kick-off is the clash of Merseyside, as Liverpool and Everton go head-to-head.
Both these games are on TV and promise to be feisty encounters, so which players should you look at putting in your InstallerLEAGUE team?
Def – Hector Bellerin – £4.4m
This one’s a bit out of left field but Bellerin has been on a fine run of form recently, notching 23 points in his last three games.
With Debuchy injured and Chambers looking out of favour, the 19-year-old Spaniard has been getting his chance at right back, and is making the most of the opportunity.
He bagged his first goal from his first ever Premier League shot last week against Villa, and his lightening pace means he’s a good option going forward.
Expect big things from this youngster. 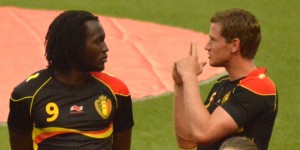 Def – Jan Vertonghen – £5.9m
Simply put, he’s the best Spurs defender by miles. The Belgian international has been solid throughout his whole Tottenham career, and can grab points at both ends of the pitch.
Spurs are going to need a tight back four if they’re going to beat Arsenal, but at home with Vertonghen on his game, they’ve got a good shot.
Mid – Raheem Sterling – £8.4m
Liverpool are definitely missing some firepower this season after they sold Luis “I’ll bite what I want” Suárez to Barca, and lost Sturridge to injury.
But Sterling has stepped into the gap with some fine performances which have earned him 107 points so far.
He’s definitely the Reds’ danger-man, and the most likely to make something happen against Everton.
For – Romelu Lukaku – £8.8m
Not the cheapest Everton player, but Lukaku guarantees points. The big man up front bagged 15 goals last season and has seven so far in this campaign, which I suspect he’ll add to by May.
If one man’s going to win the game for the Toffees, it’ll probably be Lukaku.